Is the Colorado River Drying Up? 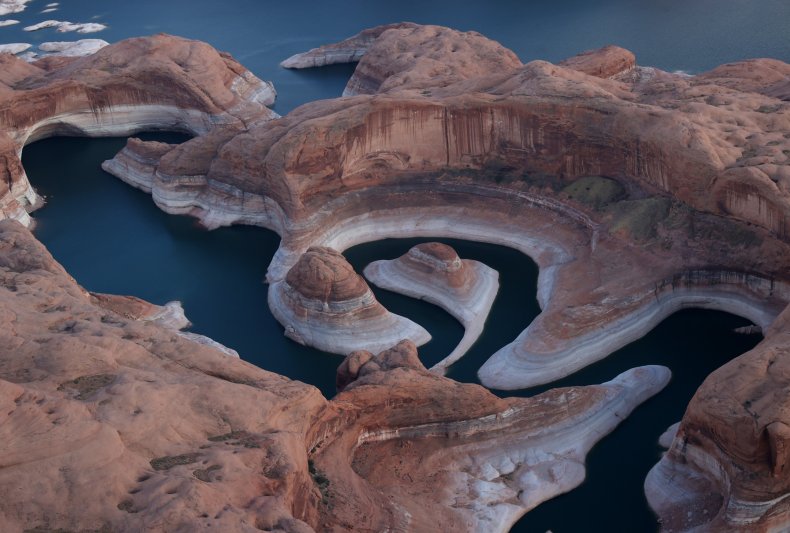 The start of 2023 has brought severe storms to much of the southwestern United States. But despite the rain and snow, water levels in the nation’s two largest reservoirs are still well below average.

Lake Mead and Lake Powell are the largest and second-largest water reservoirs in the U.S., respectively. Both reservoirs are fed by the Colorado River, a 1,450-mile-long waterway that stretches from the Rocky Mountains to northern Mexico.

The river supplies water to millions of people across the southwest, but over the last century, the U.S. Geological Survey estimates that the river’s flow has dropped by 20 percent.

“The Colorado River has experienced an extended drought for the past 23 years, exacerbated by climate change,” Jennifer Pitt, Colorado River program director for the non-profit environmental organization, the National Audubon Society, previously told Newsweek. “Rising temperatures are drying out the region, resulting in less flow in the river.”

At the start of January, the city of Scottsdale in Arizona was forced to cut off its water supply to the Rio Verde Foothills after concerns that its allocated supplies from the Colorado River would not be enough to serve its own residents.

Luckily, the rain and snow in recent weeks has gone some way to improve the state of the drought-stricken Colorado River, Haley Paul, Arizona policy director for the National Audubon Society, previously told Newsweek. “These storms have delivered above average snowpack for this time of year, as well as above normal river flows.”

But how has this affected the river’s most-important reservoirs?

Since the summer of 2022, water levels in Lake Powell have been steadily declining. Water levels are now at 3,524 feet above sea level, just 24 percent of its full storage capacity.

Lake Powell, which sits at the border between Arizona and Utah, is fed mainly by runoff from snowpack in Colorado, Utah and Wyoming.

“About 75 to 80 percent of inflow into Lake Powell comes from runoff of melting snowpacks that accumulate over the winter period,” Amee Andreason, a spokesperson for the Bureau of Reclamation, told Newsweek. “The remainder comes from rain in the non-winter months. Only water…