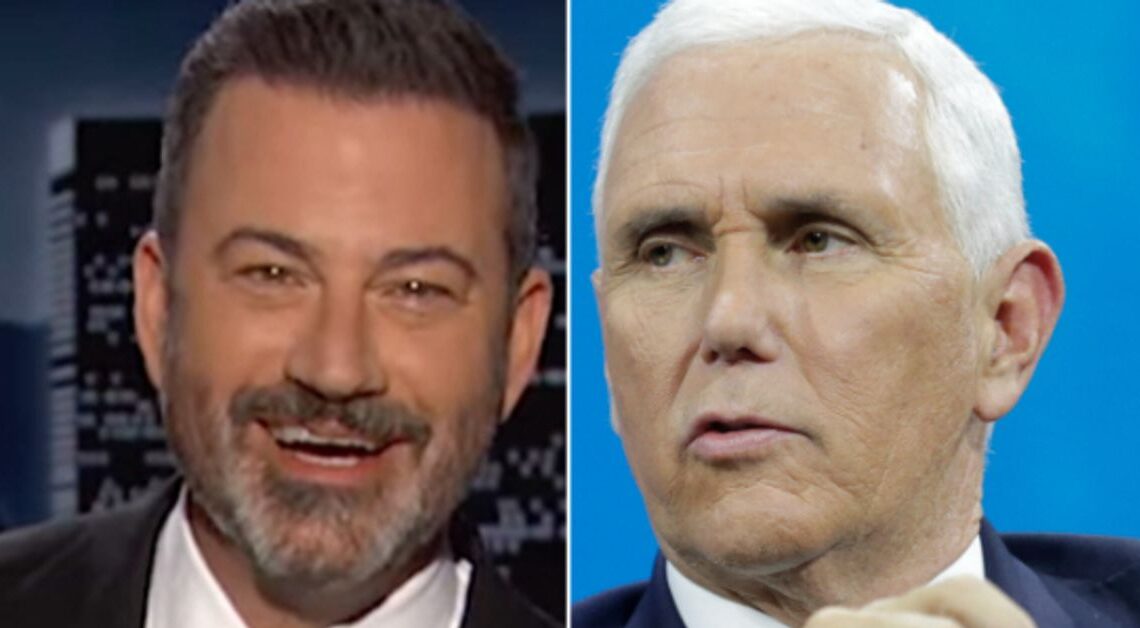 Jimmy Kimmel spotted a few words from Mike Pence that are already coming back to haunt the former vice president.

Pence was asked in November about the classified documents scandal in which sensitive materials were found both at former President Donald Trump’s Mar-a-Lago home in Florida and at private locations used by President Joe Biden.

“Did you take any classified documents with you from the White House?” ABC’s David Muir asked.

“I did not,” Pence replied at the time.

Kimmel even had a guess as to where they were found.

Check it out in his Tuesday night monologue: