Josh Hawley suggests more scrutiny for Obama, Bush over classified documents: ‘Do we need to ask?’ 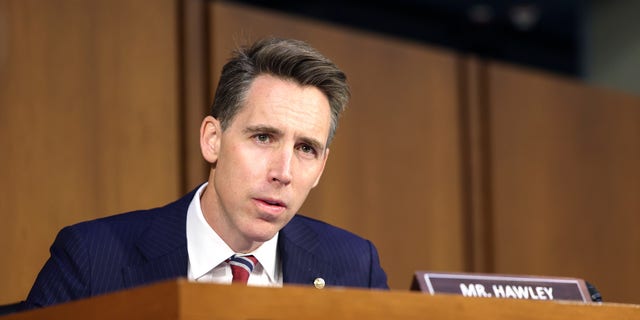 President Biden, former President Trump and former Vice President Mike Pence have all been found to have misplaced classified documents in recent months, raising questions as to how carefully top-level U.S. officials handle America’s secrets. Hawley voiced those concerns to Fox News on Wednesday, saying there should be more scrutiny on America’s former leaders.

“Do we need to ask President Obama, former President Bush? I mean, you know, maybe so,” Hawley said in response to a question on the matter.

Hawley’s office clarified that he was not suggesting a formal inquiry into Obama or Bush was necessary at this time.

ERIC SWALWELL BLAMES KEVIN MCCARTHY FOR RAPE, DEATH THREATS AGAINST HIS FAMILY: THEY ‘PARROT’ HIS RHETORIC

Hawley went on to point out that Trump is the only executive official to have faced an FBI raid, arguing that fact showed bias against Trump from the federal government.

“I noticed that nobody else seems to have had their home raided by the FBI. No one else has been treated as if they’re a criminal. There’s a reason for that. It’s because Trump is a political opponent that these other folks were not,” Hawley said.

FLASHBACK: PENCE WENT AFTER TRUMP OVER CLASSIFIED DOCUMENTS BEFORE FINDING STASH IN HIS OWN HOUSE

The FBI raid recovered a slew of documents this summer after Trump declined to turn them over to the National Archives. Meanwhile, Biden’s lawyers uncovered three stashes of classified documents in Biden’s Wilmington, Delaware home, as well as the Penn Biden Center, think tank in Washington. Federal…