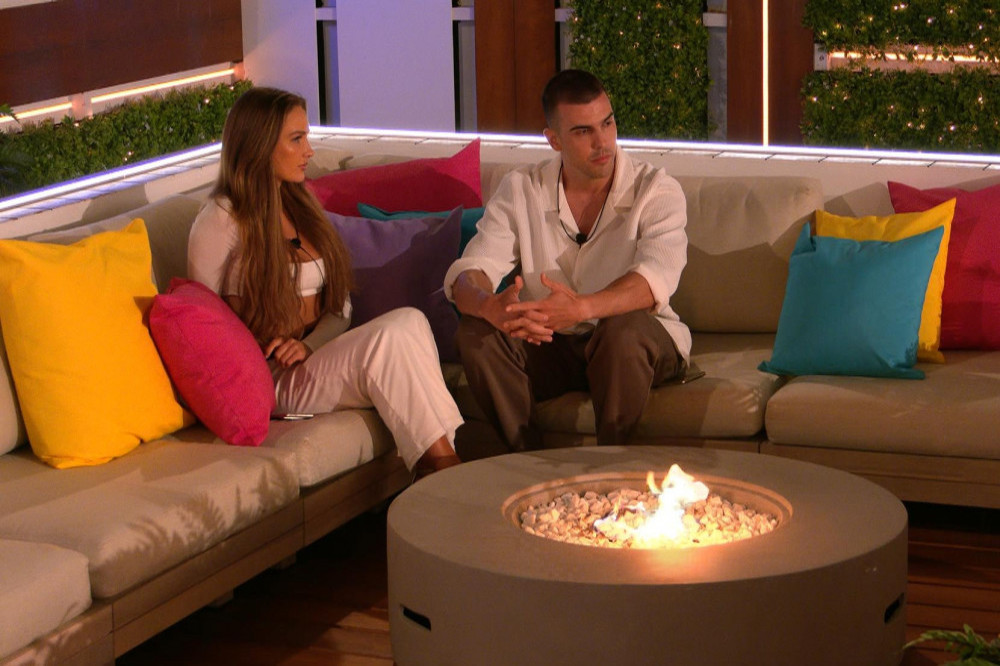 The former ‘Love Island Australia’ star recently entered the South African villa of the UK series, and while he is yet to couple up with any of the lovestruck singletons, he looks set to make a move on Zara.

Zara replies: “I am yeah, I think we get on really well”.

Aaron agrees: “Yeah I think so too,” as Zara continues: “I don’t know if I’ve told you, but on the outside you’re more my type, looks wise, that I go for and what I’ve gone for in the past.”

Aaron tells Zara: “I think you’ve surprised me most out of everyone, obviously you’re very attractive.”

Elsewhere, the Islanders head to a 90s-themed party, but beforehand two Islanders will leave the villa.

Tom Clare, Haris Namani, Kai Fagan, Tanyel Revan, Tanya Manhenga and Anna-May Robey are all vulnerable, but the decision about which boy and which girl goes is down to Aussie newcomers Aaron and Jessie Wynter.

Later tonight, Jessie whispers to her fellow Islanders: “Love you guys,” and then heads across the garden with Aaron to make their decision.

Speaking about one of the lads, Jessie says: “He’s like one of my best friends in here”.

Aaron replies: “I know, I actually like all of the guys, but you can’t think like that.”

Jessie says: “OK, let’s break this down” as Aaron finally asks her: “What’s your decision?”

‘Love Island’ airs at 9pm on ITV2 and ITVX. The dating reality show can be seen in Ireland on Virgin Media Two and Virgin Media Player.