Man arrested in Spain for sending letter bombs to Ukrainian Embassy, other targets / The New Voice of Ukraine 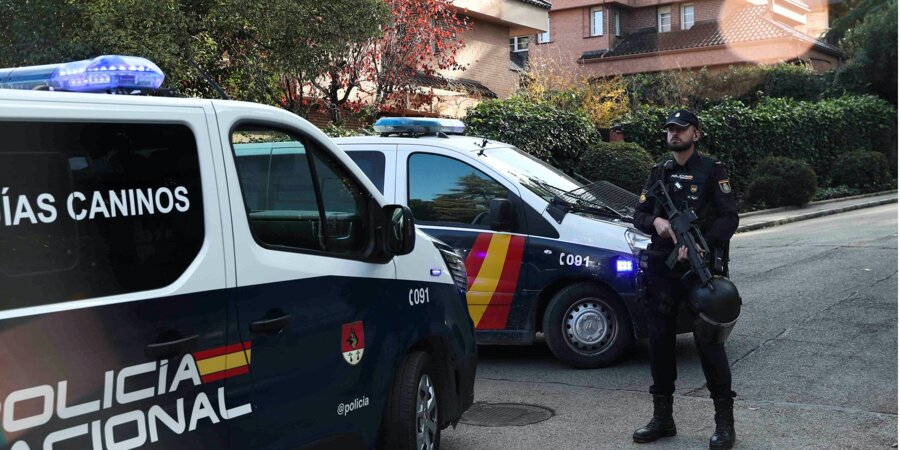 Spanish police have arrested a man suspected of involvement in the recent mailing of letter bombs to several Spanish state institutions, a defense company and Ukrainian diplomats, Agence France Presse reported on Jan. 25 with reference to the country’s interior ministry.

A 74-year-old Spanish citizen was arrested in Miranda de Ebro in northern Spain. The police are currently searching the man’s house.

At the end of November and the beginning of December, incidents with letters with explosives being sent were reported in Spain. The first reported incident involved the explosion of letter sent to the Embassy of Ukraine in Madrid.

“Nobody was killed by the six letter bombs sent in late November and early December to various sites in Spain, but an employee of the Ukrainian embassy was lightly injured while opening one of the packages,” AFP wrote.

The Instalaza company in northeastern Spain, which produces weapons, in particular for Ukraine, also received an envelope with explosives. Law enforcement officers also found a parcel with explosives at the air base in Torrejon de Ardos.

Later, it became known that even before the explosion in the Ukrainian embassy, the Security Service of the Prime Minister of Spain, Pedro Sanchez, discovered a bomb in a letter addressed to him. In addition, an explosive device was sent to the Ministry of Defense of the country. There were also reports about a letter with explosives being sent to the U.S. embassy in Madrid.

According to the U.S. newspaper the New York Times, the Russian military intelligence agency or GRU, which is known to collaborate with far-right groups, was involved in sending the letters.