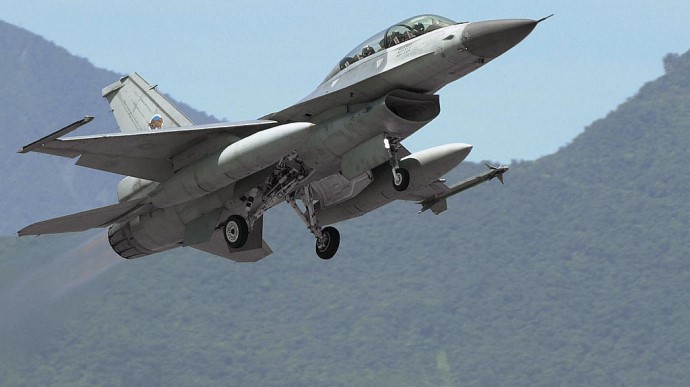 The manufacturer of American F-16 fighters is ready to supply its aircraft to European countries, which could re-export the fighter jets to Ukraine.

Details: Lockheed Martin is the largest US defence contractor. According to Chief Operating Officer Frank St. John, there is conversation about third-party transfers of F-16s, whereby countries would re-export their US jets to Ukraine to defend its airspace.

According to St. John, Lockheed Martin is not directly involved in talks regarding the potential delivery of military aircraft, but the company is planning to ramp up production on F-16s in Greenville, South Carolina. It will allow the company to backfill orders for any countries that choose to do third-party transfers to help with the current conflict.

It is noted that the White House has rebuffed Ukrainian appeals for modern fighter jets such as the F-16 out of fear they could be used to strike Russian territory.

Firstly, the US government must approve sales or transfers to third-party countries of American-made fighter jets, which means European countries would need political support from the Biden administration.

A US defence official said that at this time, there is nothing to announce regarding F-16s.

EU members say re-exporting F-16s directly to Ukraine is one of a series of options.

In particular, the US-made jets could also be sent by western states to former Warsaw Pact countries that could then send their Soviet-designed aircraft to Kyiv.

At the start of the war, Warsaw offered to send its Soviet-made MiG-29 fighter jets to the Ukrainian Air Forces.

Dutch foreign minister Wopke Hoekstra said last week that the Netherlands would consider any requests to send F-16s with “an open mind” and that there were “no taboos” on military support.

The Netherlands has around 40 F-16s and is in the process of phasing them out through the purchase of more advanced F-35s.

In addition to the Netherlands, seven other European NATO countries fly F-16s, including Poland, Norway and Romania.