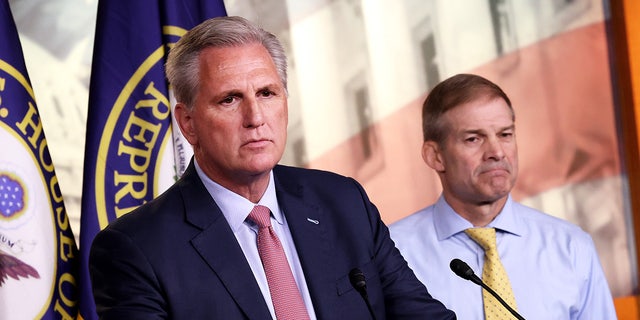 House Speaker Kevin McCarthy announced late Tuesday the names of 12 GOP House members who will serve on the select subcommittee to “stop the weaponization” of the federal government.

The members who will serve on the committee — announced in a tweet from McCarthy — will be tasked with investigating how the executive branch has investigated and collected information on American citizens, building on the party’s promise to hold the Biden administration accountable for what it considers to be wrongdoings and oversteps throughout the last two years.

In a letter to his Republican colleagues, McCarthy said the subcommittee will expose the “weaponization of government against our citizenry, writ large.”

A resolution creating the “weaponization” subcommittee passed the House earlier this month, and will be led by Rep. Jim Jordan, R-Ohio, who will also chair the full Judiciary Committee. The subcommittee will consist of 15 members — nine Republicans and six Democrats. It remains unclear which Democrats will be appointed to the panel.

House Speaker Kevin McCarthy announced late Tuesday the names of 12 GOP House members who will serve on the select subcommittee to “stop the weaponization” of the federal government, which will be chaired by Rep. Jim Jordan, R-Ohio.
(Kevin Dietsch/Getty Images)

The panel is expected to investigate not only how the executive branch has gathered information on citizens, but how it has worked with other bodies, including private sector companies, to “facilitate action against American citizens.”

The resolution also notes that the subcommittee’s work will include “a full and complete investigation and study” and a final report to be submitted by Jan. 2, 2025.