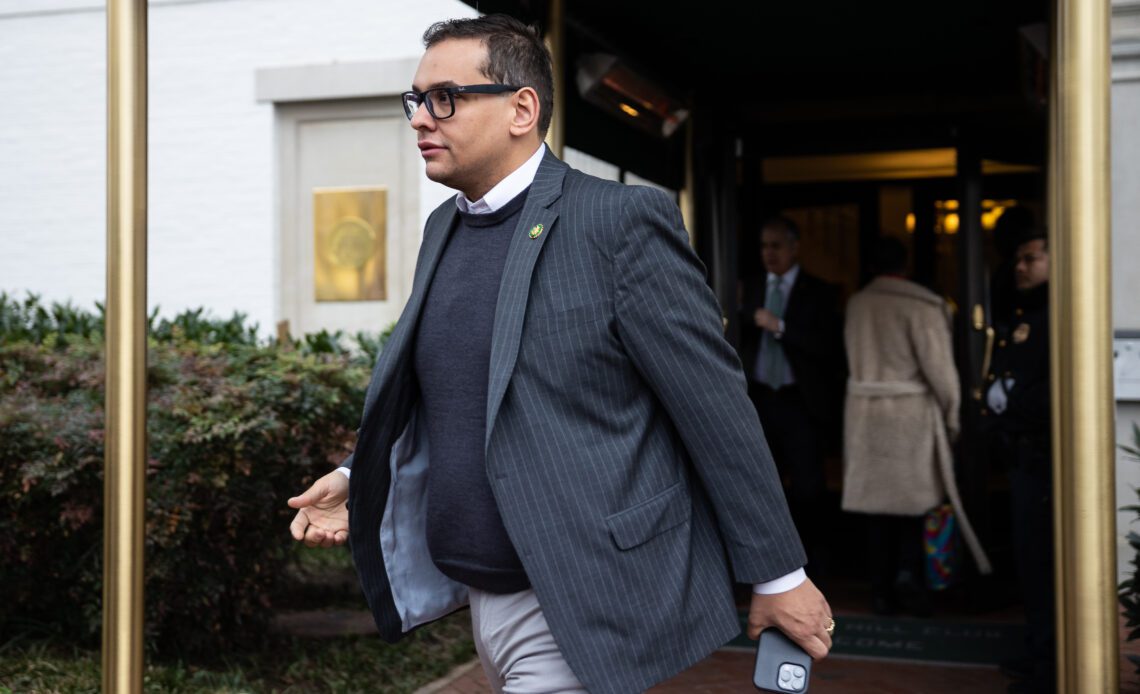 McCarthy’s mention came after the California Republican touched on a topic popular with much of his party: booting Reps. Adam Schiff and Eric Swalwell, both California Democrats, off the House Intelligence Committee. A select panel like Intelligence is different from most other House committees, in that the speaker has unilateral power to appoint the chair and control the membership.

But during Wednesday’s closed-door meeting, McCarthy also raised his vow to remove Rep. Ilhan Omar (D-Minn.) from the House Foreign Affairs Committee, which would require a full House vote that could occur as soon as next week. McCarthy didn’t wade into whether the GOP has the votes to do so yet, according to one of the Republicans who attended on Wednesday; two GOP members have publicly vowed to oppose removing Omar, and at least two other Republicans have told POLITICO they are undecided.

Meanwhile, McCarthy and his leadership team have said little about Santos as the headline-grabbing New Yorker’s personal scandals continue to mount. A handful of Santos’ GOP colleagues, mostly from his state’s delegation, have called for his resignation — a rare rebuke that demonstrates his political toxicity back home.

And Santos was in attendance for McCarthy’s remarks, leaving the weekly conference meeting as a flock of cameras and reporters chased after him. Conference members had little response to McCarthy’s mention of Santos, and the three Republicans who attended noted how briefly the topic was addressed.

Despite the calls for Santos to resign, there is a growing acceptance among House Republicans that the apparent serial fabricator will stick around for as long as possible given their party’s paper-thin majority. Many lawmakers in both parties privately acknowledge it is unlikely Santos would step down on his own accord.

While both parties have started preliminary discussions about a special election should Santos be forced to step aside — a risky prospect for Republicans in such battleground turf — lawmakers and campaign officials say they’re not expecting one this year, though the dynamics could well shift if the incumbent’s problems get even worse.

Although Santos could still face legal consequences for discrepancies in his campaign finance reports in particular, any probe of them would likely take years to result in any actions.

Jesús Rodriguez contributed to this report.