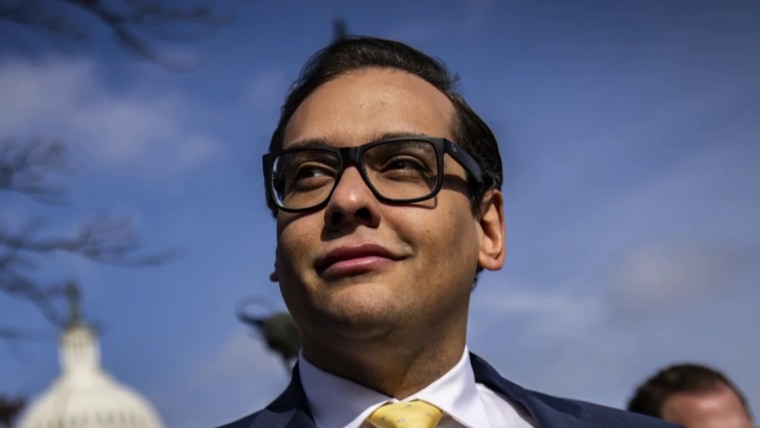 House Speaker Kevin McCarthy said Tuesday that while he stands by Rep. George Santos, the freshman congressman from New York would be removed from office if the Ethics Committee finds he broke the law after he admitted fabricating parts of his background.

McCarthy was pressed at a news conference about why he still supports Santos, who has lied about much of his background and résumé, including a false claim that his mother was at the World Trade Center during the 9/11 terrorist attacks.

Asked whether he is standing by Santos because his resignation would cut into the House Republicans’ narrow majority, McCarthy pushed back.

“No. You know why I’m standing by him? Because his constituents voted for him,” McCarthy said. “I do not have the power simply because if I disagree with somebody or what they have said that I remove them from elected office.”

McCarthy added that he will hold Santos “to the same standard I hold anyone else elected to Congress,” as he deferred to the House Ethics Committee on the matter.

“If for some way when we go through Ethics that he has broken the law, then we will remove him, but it’s not my role,” McCarthy said. “I believe in the rule of law. A person’s innocent until proven guilty.”

McCarthy then knocked President Joe Biden for exaggerating his academic record in the past. “And if I was to hold the standard if somebody lied, Joe Biden couldn’t be president right now. He told us he had three degrees, he graduated first in his class, the numerous times before. So let’s not be sensational,” the speaker said.

McCarthy reiterated that Santos’ constituents elected him: “He has a responsibility to uphold what they voted for, to work and have their voice here, but at any time if it rises to a legal level, we will deal with it then.”

Earlier this month, two Democratic lawmakers from New York, Reps. Dan Goldman and Ritchie Torres, filed a complaint with the House Ethics Committee against Santos for his “failure to file timely, accurate and complete financial disclosure reports.” They requested an investigation into Santos, alleging that he violated the Ethics in Government Act.