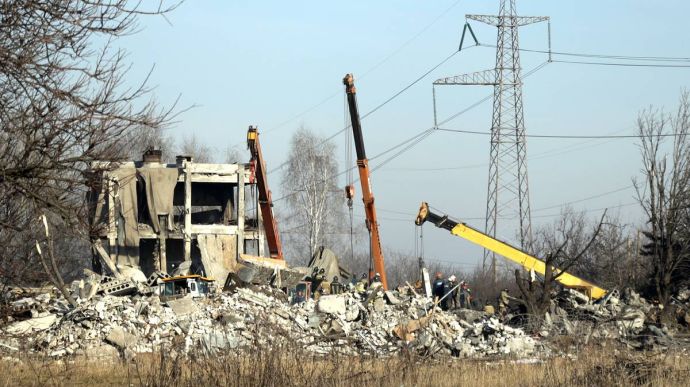 Using open sources, the Russian BBC branch has managed to establish the names of 92 Russian soldiers who were killed in an attack on the local vocational school No. 19 in Makiivka near Donetsk Oblast. This is three people more than the Ministry of Defence of Russia claimed there were.

Source: the Russian BBC branch composing a list of confirmed killed soldiers together with the Mediazona media outlet

Details: Journalists have added that families of at least 16 soldiers cannot find them either among the dead or the living.

A strike on the building of the local vocational school No. 19, where Russian soldiers were accommodated, took place on New Year’s Eve. On 4 January 2023, the Russian Ministry of Defence confirmed that 89 people were killed, and that was their last comment on the situation. The Ukrainian side claimed there were hundreds of Russian soldiers killed.

A petition to publish a detailed list of those who were killed there has already collected almost 55,000 signatures in Russia.

A lot of the dead and injured were conscripts from Samara Oblast of the Russian Federation. However, Andrey Vdovin, the military commissioner of Samara Oblast, has said that names of the soldiers who were killed in Makiivka will not be revealed.

Relatives say that the majority of those who were there received their enlistment notices at the end of September, shortly after the announcement of the so-called partial mobilisation. Then, they had some training courses in military units of Samara Oblast for approximately two months.

An order to send the conscripts in the combat zone was sent in the middle of December 2022, and they arrived in Makiivka on 26 December. The building where they lived was attacked on New Year’s Eve.

The first funerals of those killed in Makiivka took place on 7 and 8 January. As the experts keep identifying bodies, new coffins continue to arrive in Samara Oblast. There are funerals in the region almost every day.

The youngest soldier killed among those whom the journalists have been able to identify was 22 years old, and the oldest was 48.

The BBC is posting the list of names of those Russian soldiers killed in Makiivka whom they were able to recognise thanks to open sources – those who were undoubtedly killed in Makiivka and those whose death the Russian side confirmed. This list can be incomplete, and the names can be added later.