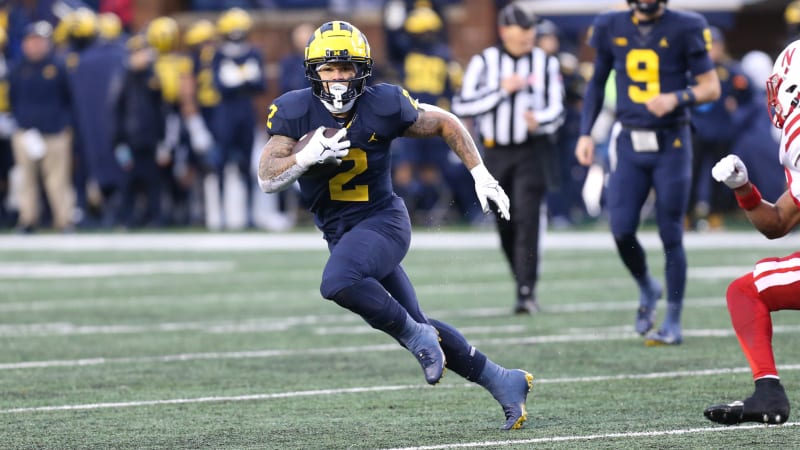 University of Michigan running back Blake Corum’s modified Chevrolet Camaro was stolen in Ann Arbor, Michigan. Law enforcement officials are still looking for the coupe. They’re notably asking the public to keep an eye out for it, and they stress that it should be fairly easy to recognize.

Corum, whose impressive 2022 season was cut short by a knee injury, reported his car stolen on January 24, according to website MLive, and website On3 adds that he last drove it on January 16. It was reportedly stolen from a parking garage near his Ann Arbor residence. His All-American helmet and some clothes were inside the car when it was stolen, and Corum explained that his Camaro carries a tremendous amount of sentimental value.

“My parents used their hard-earned money to bless me with something nice after I graduated high school. God bless whoever stole it,” he wrote on his personal Twitter page in response to a tweet claiming he purchased the car with name, image and likeness (NIL) money.

Shown above, the 2017 Camaro has a gray, white and black camouflage-like wrap applied over the factory white paint. It also features tinted windows, black-finished wheels and “BC2” graphics on both fenders, and it wears Virginia-issued registration number UHW 4565.

Police officers in Ann Arbor are asking anyone with information about the theft to call 734-794-6939 or send an email to tips@a2gov.org.