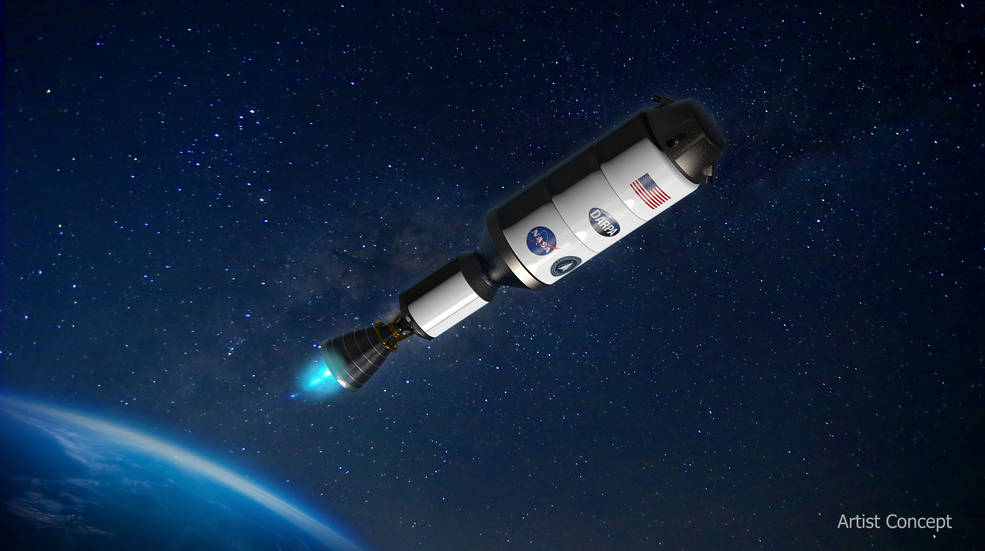 NASA has revealed plans to create a nuclear-powered rocket that could send astronauts to Mars in just 45 days.

The agency, which has partnered with the Pentagon’s Defense Advanced Research Projects Agency (DARPA) to design the rocket, announced on Tuesday (Jan. 24) that it could build a working nuclear thermal rocket engine as soon as 2027.

NASA’s current rocket systems (including the Space Launch System which last year sent the Artemis 1 rocket on a historic round-trip to the moon) are based on the century-old, traditional method of chemical propulsion — in which an oxidizer (which gives the reaction more oxygen to combust with) is mixed with flammable rocket fuel to create a flaming jet of thrust. The proposed nuclear system, on the other hand, will harness the chain reaction from ripping apart atoms to power a nuclear fission reactor that would be “three or more times more efficient” and could reduce Mars flight times to a fraction of the current seven months, according to the agency.

Related: To the moon! NASA launches Artemis 1, the most powerful rocket ever built

“DARPA and NASA have a long history of fruitful collaboration in advancing technologies for our respective goals, from the Saturn V rocket that took humans to the Moon for the first time to robotic servicing and refueling of satellites,” Stefanie Tompkins, the director of DARPA, said in a statement. “The space domain is critical to modern commerce, scientific discovery, and national security. The ability to accomplish leap-ahead advances in space technology… will be essential for more efficiently and quickly transporting material to the moon and, eventually, people to Mars.”

NASA began its research into nuclear thermal engines in 1959, eventually leading to the design and construction of the Nuclear Engine for Rocket Vehicle Application (NERVA), a solid-core nuclear reactor that was successfully tested on Earth. Plans to fire the engine in space, however, were mothballed following the 1973 end of the Apollo Era and a sharp reduction of the program’s funding.

Nuclear engines generate less thrust than their chemical counterparts, but can fire more efficiently for extended periods of time — propelling rockets faster and further. The reactors work by generating electricity that strips electrons from noble gases such as xenon and krypton, which are blasted out of the spacecraft’s thruster as a beam of ions that pushes the rocket forward.

The Artemis 1 flight was the first of three…