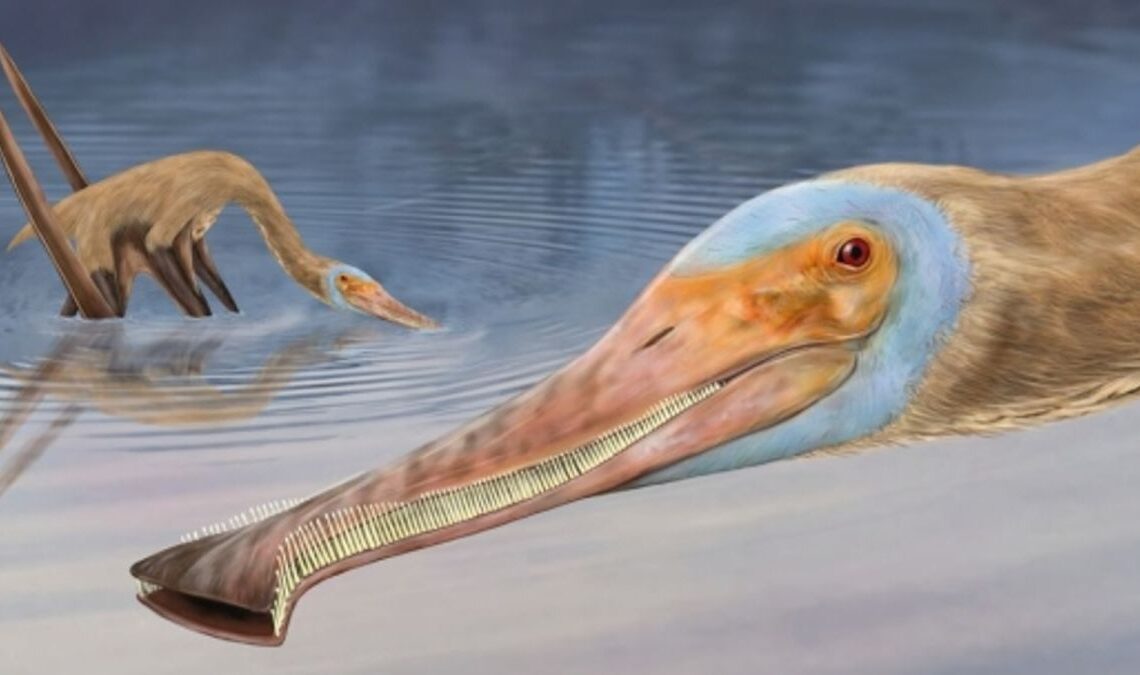 During the late Jurassic, a pterosaur with an unusually shaped bill lined with hundreds of tiny, hooked teeth stalked the waters of what is now Bavaria, Germany. The now-extinct animal likely gulped down its seafood prey while wading in ancient ponds and lakes, just like flamingos chow down today, a new study shows.

The newfound species was accidentally unearthed at an abandoned mine in the Franconian Jura area of Bavaria, a hotspot for pterosaur fossils. The researchers had been attempting to uncover crocodile bones from a limestone slab when they stumbled across the new specimen, which was incredibly well preserved and contained a near-complete skeleton along with some intact ligaments. The remains are likely between 157 million and 152 million years old, based on the surrounding sediments.

In a study, published Jan. 21 in the German journal PalZ (opens in new tab), researchers described the new species, which had a number of striking features that set it apart from other pterosaurs — flying, bird-like reptiles that were cousins of the dinosaurs and roamed the skies during most of the Mesozoic era (252 million to 66 million years ago).

“The jaws of this pterosaur are really long and lined with small, fine, hooked teeth, with tiny spaces between them like a nit comb,” study lead author David Martill (opens in new tab), a paleobiologist at the University of Portsmouth in the U.K., said in a statement (opens in new tab). The creature’s bill had a shape similar to modern spoonbills in the genus Platalea and was slightly curved upward, he added. “There are no teeth at the end of its mouth, but there are teeth all the way along both jaws right to the back of its smile.”

The specimen, which had a wingspan of around 3.6 feet (1.1 meters), contained 480 teeth that were between 0.08 and 0.43 inches (2 and 11 millimeters) long — the second-highest number of gnashers found in any pterosaur.

The hooked shape of the teeth was something “we’ve never seen before in a pterosaur,” Martill said. “These small hooks would have been used to catch the tiny shrimp the…