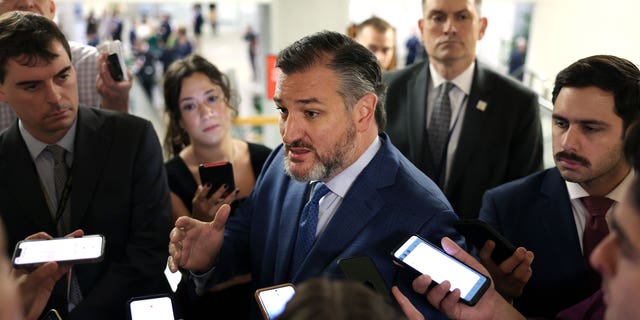 Cruz’s bill, the Protecting America’s Strategic Petroleum Reserve from China Act, was cosponsored by over a dozen Senate Republicans and closely mirrors the bill passed by the House this month. The House bill passed in an overwhelming bipartisan vote of 331-97, with 113 House Democrats voting in favor.

The easy House vote means the bill has a chance in the Senate if Democratic leaders agree to take it up.

“The Strategic Petroleum Reserve was intended to ensure that America had sufficient oil. Instead, Joe Biden sold oil to the Chinese Communist Party when the CCP was stockpiling oil for its own strategic use, and while Americans are paying higher and higher prices for fuel because of the Biden administration’s disastrous energy policies,” Cruz said in a statement.

“We need to immediately act to stop this from happening in the future… and unleash American energy,” he said.

Biden first ordered the Department of Energy to tap into the SPR in November 2021, saying it was a “major effort to moderate the price of oil” and lower prices at the average “corner gas station.” After Russia invaded Ukraine last year, Biden announced a 30-million-barrel release and another 180-million-barrel release in March 2022.

Cruz’s bill, the Protecting America’s Strategic Petroleum Reserve from China Act, was cosponsored by over a dozen Senate Republicans.
(Reuters)

As a result of the administration’s action, the SPR is at its lowest level since 1986 and Chinese-controlled companies have successfully purchased at auction two million barrels, despite having one of the world’s largest stockpiles of oil.

Cruz’s bill would ban the sale of…