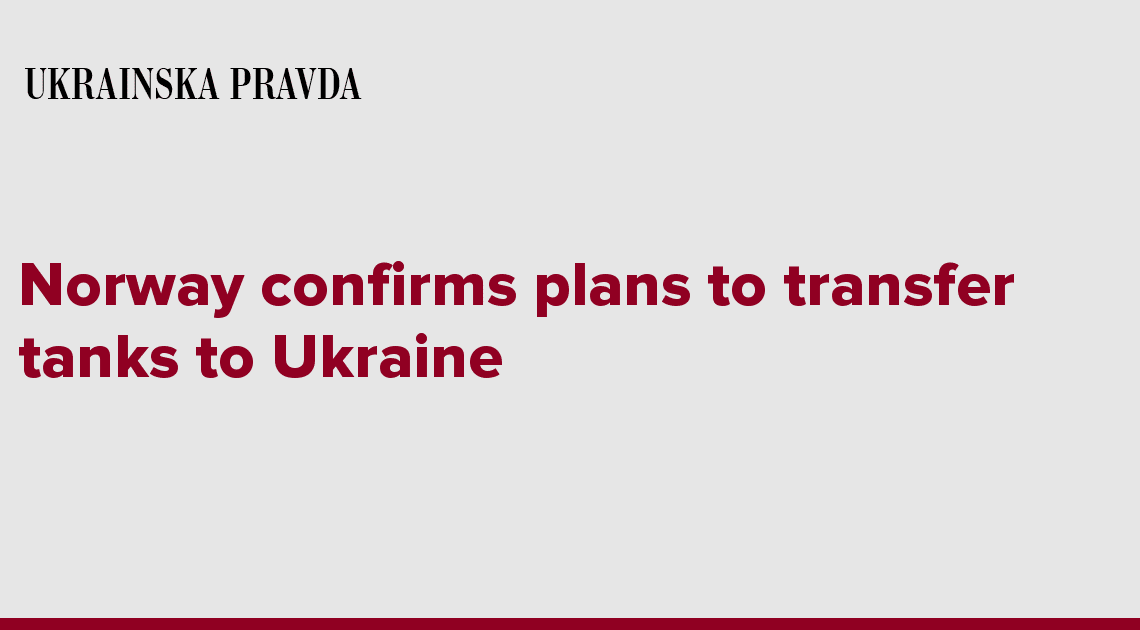 Bjørn Arild Gram, Minister of Defence of Norway, has confirmed plans to transfer Western-style tanks to Ukraine on Wednesday.

Quote: “There is a very high demand for tanks right now. Norway and the Norwegian government support the supply of tanks to Ukraine. Norway should participate in this,” the minister said.

Details: Gram has not specified the number of tanks in question but noted that they will be Leopard 2A4, the same modification that Poland will transfer to Ukraine.

Quote: “This should be supported by the training of the Ukrainian military and funding. To sum up, we should support Ukraine in a defensive war as best as possible,” the head of the Norwegian Ministry of Defence summarised.

The day before, Dagens Næringsliv reported that Norway is considering the possibility of supplying Ukraine with up to eight Leopard 2 tanks out of the 36 it has.