NYT writer says AIPAC, Jewish groups using ‘power and influence’ to stop US from being tough on Israel 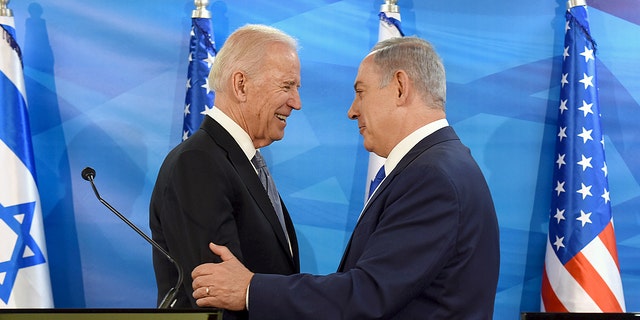 “The people I’m most angry with and have written about is [sic] AIPAC and the American Jewish organizations who have done Bibi’s bidding over the years,” Friedman said in an online discussion last month with fellow writer Peter Beinart, using Netanyahu’s popular nickname. “If the reason the administrations are where they are right now, Peter, is because people like the American Jewish Committee and AIPAC at every turn used their power and influence to still the hand of any administration wanting to have a more serious and energetic and vigorous policy.”

“And for that,” Friedman continued, “They will have to answer to history.”

Friedman’s comments came in response to a question from Beinart, who claimed Netanyahu is a “racist” who doesn’t believe “Palestinians are really human.” Beinart then argued the Biden administration has talked about human right but done nothing to stop Israel from practicing “apartheid,” before asking Friedman about what he described as the administration’s lack of holding Israel accountable.

Apartheid is a governing system of racial segregation and discrimination. In Israel, the world’s lone Jewish state, Arabs comprise about 21% of the population, serve in the Israeli government, and have the same legal rights as other Israeli citizens. In the Palestinian territories, it’s illegal to sell land to Jews or Israelis, with punishments ranging from hard labor to prison to execution.

Friedman’s remarks seem to echo those of Rep. Ilhan Omar (D-Minn.), who in 2019 came under fire for…