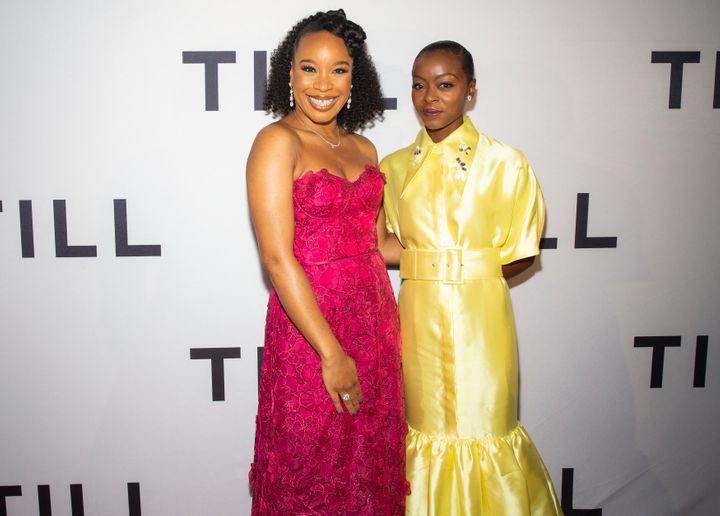 “Till” director Chinonye Chukwu didn’t mince words when responding to the Oscars’ failure to nominate films by and starring Black women on Tuesday.

“We live in a world and work in industries that are so aggressively committed to upholding whiteness and perpetuating an unabashed misogyny towards Black women,” she wrote on Instagram in a caption for a photo of her with civil rights icon Myrlie Evers-Williams.

One of the biggest themes that emerged from Tuesday’s Oscar nominations was the glaring omission of movies by and starring Black women, including the snub of “Till” star Danielle Deadwyler, who had been widely expected to be nominated for Best Actress for her performance as civil rights activist Mamie Till-Mobley. In addition, the widely acclaimed historical epic “The Woman King,” directed by Gina Prince-Bythewood, did not receive a single nomination in any category ― even in the technical or craft categories ― despite its impressive scale and scope. Those snubs include Prince-Bythewood, star and producer Viola Davis, and every actor in the film’s cast of Black women.

Across the board, no Black actors were nominated for leading roles. Among the 20 acting nominees, Angela Bassett was the only Black woman nominated, for her supporting role in “Black Panther: Wakanda Forever” — 30 years after receiving her first (and until now, only) Oscar nomination as Tina Turner in “What’s Love Got to Do With It.”

The Oscars have had an abysmal record of overlooking Black stories in general, and of not nominating Black women in particular. Davis and Bassett are among the handful of Black women to have previously received Oscar nominations for leading roles. And in the 95-year history of the Oscars, only one Black woman has ever won the Best Actress Oscar: Halle Berry for the 2001 film “Monster’s Ball.”

Behind the camera, zero Black women have ever been nominated for Best Director. That embarrassing streak continued Tuesday, as no women were nominated for directing.

Chukwu previously directed the acclaimed independent drama “Clemency,” starring Alfre Woodard. After winning the Grand Jury Prize when it premiered at the 2019 Sundance Film Festival, it was also overlooked by many awards bodies at the end of that year.

In her post, she referred to the ways many Black women and other…