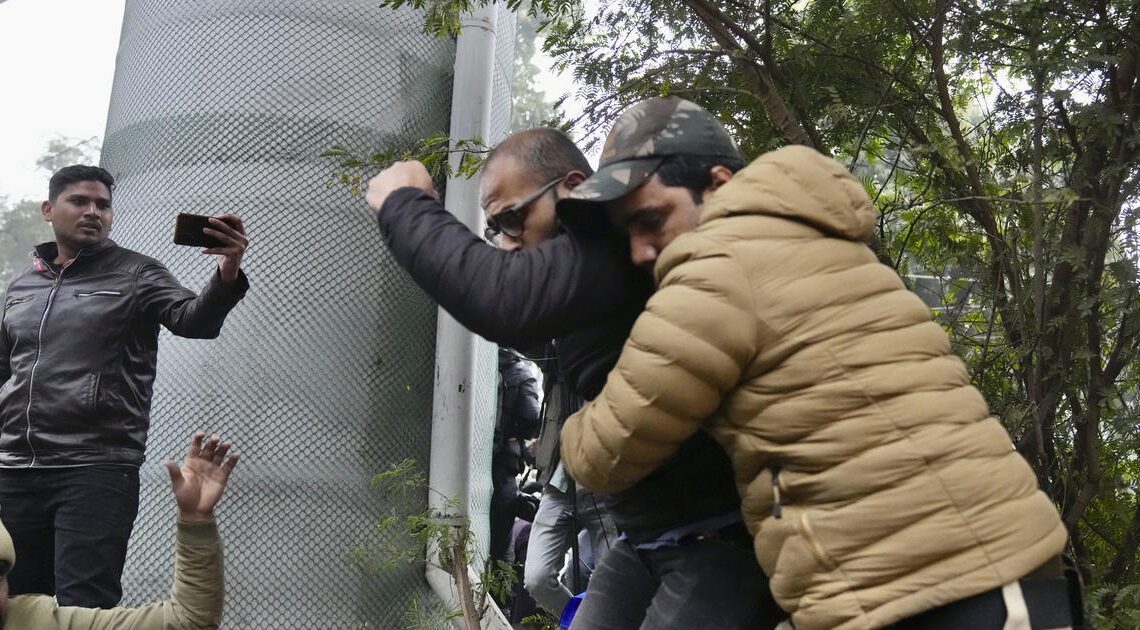 Police in riot gear blocked students from entering a university in India’s capital Wednesday to stop a scheduled screening of a BBC documentary about Prime Minister Narendra Modi that has been banned in the country. At least four people were reportedly detained by police, including officers in plain clothes, at Jamia Milia Islamia University.

Students at another top Delhi college, Jawaharlal Nehru University, said power and internet connections were cut the previous day to stop them showing the documentary on their campus.

Among other topics, the two-part documentary, “India: The Modi Question,” examines Modi’s role in deadly religious riots that hit Gujarat in 2002, when he was the chief minister of the western Indian state. More than 1,000 Muslims were killed by Hindu mobs during the riots, which broke out after 59 Hindu pilgrims died in a fire on train. Muslims were accused of attacking the train.

Modi faced allegations of complicity in the violence and giving a free hand to violent Hindu mobs to avenge the train incident.

The documentary also highlights a previously unpublished report, obtained by the BBC from the British Foreign Office, which raises questions about Modi’s actions during the religious riots.

The report claims that Modi was “directly responsible” for a “climate of impunity” that enabled the violence.

The documentary includes an interview with former British Foreign Secretary Jack Straw, who says a British government investigation at the time determined the violence by Hindu nationalists was meant to “purge” Muslims from Hindu areas, and that those efforts bore the “hallmarks of an ethnic cleansing.”