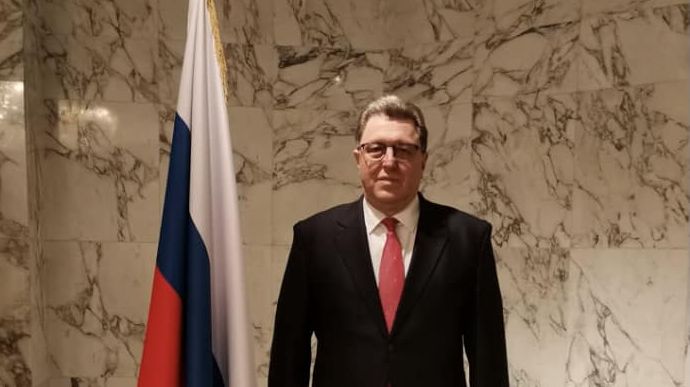 Russia has said that German Leopard 2 tanks are equipped with sub-calibre armour-piercing shells with uranium cores, and Moscow will consider their use in Ukraine against Russians as the use of “dirty bombs”.

Quote from Gavrilov: “We warn the Western sponsors of the Kyiv military machine against encouraging nuclear provocations and blackmail.

We are aware that the Leopard 2 tank, as well as the Bradley and Marder infantry fighting vehicles, are armed with sub-calibre armour-piercing shells with uranium cores, the use of which leads to contamination of the area, as it happened in Yugoslavia and Iraq.

If Kyiv is supplied with such shells for NATO heavy military equipment, we will consider it to be the use of dirty nuclear bombs against Russia with all the ensuing consequences.”

“At first, the allies threatened Berlin with international isolation if it refused to hand over the Leopards [main battle tanks – ed.]. Then, none other than US State Department spokesman Ned Price announced ‘good news’ about sending the German ‘beasts’ to Kyiv. This is how transatlantic ‘solidarity’ is forged,” the Russian representative said.

According to Gavrilov, Berlin made a conscious choice in favour of “German tanks with crosses on their armour again attacking Russian soldiers”.

The head of the Russian delegation threatened to destroy these combat vehicles, as well as other NATO equipment.

Background: On 25 January, following several months of discussions and another Ramstein-format meeting, Germany had announced that it would send 14 Leopard 2 tanks to Ukraine and approve the re-export of Leopards by third countries.

Boris Pistorius, recently appointed Defence Minister of Germany, said that Germany could provide Ukraine with the first Leopard combat tanks in about three months, and that his country would begin training Ukrainian soldiers to operate them.