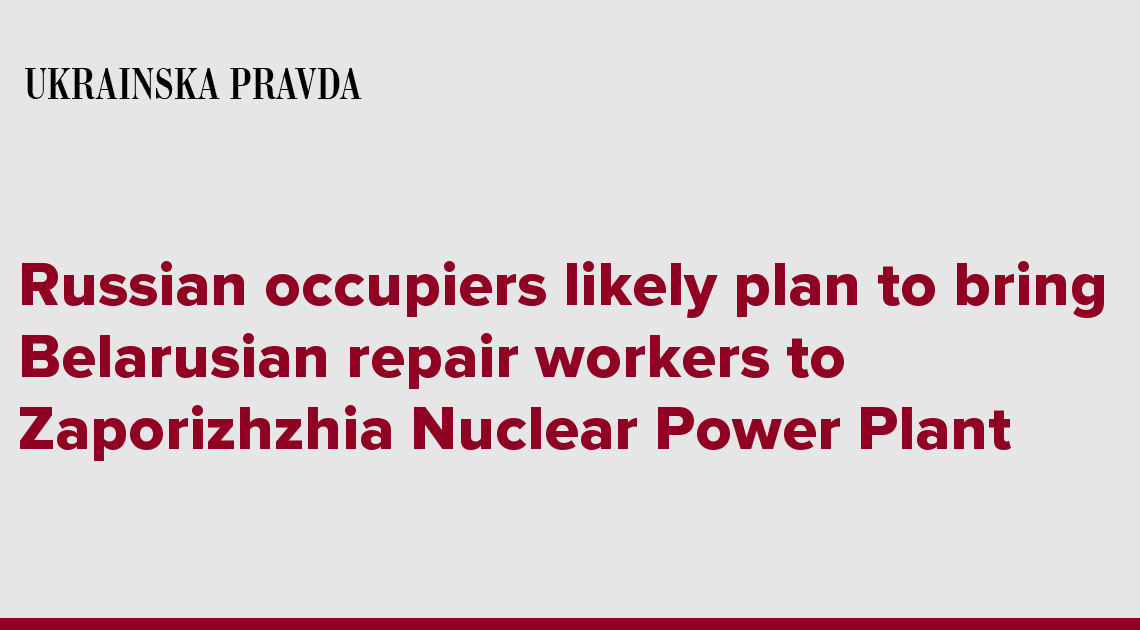 “The occupiers are still searching for personnel to manage the station, trying to cope with it as much as they can. So there is a real possibility that the invaders will bring around 150 repair specialists, who previously worked at Belarusian NPP, to the Ukrainian nuclear facility,” says the state enterprise.

This is caused by a refusal of Ukrainian nuclear specialists to cooperate with the occupiers.

“It is obvious that they [Belarusian repair workers – ed.] are needed to quickly repair the damage caused by Russian shelling. At the same time, attempts to coerce Ukrainian nuclear specialists into cooperation  do not work,” they added.