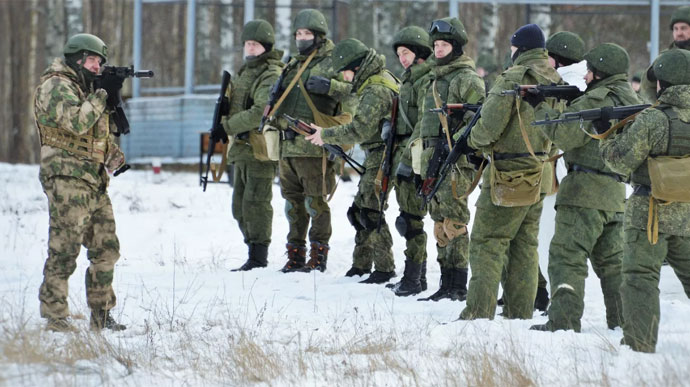 Russia has begun mobilising Ukrainian men who had previously been deported from the temporarily occupied territories of Ukraine.

Quote: “Men, deported from temporarily occupied territories, are being mobilised on the territory of the Russian Federation. This is one of the reasons why the Russian government decided to issue passports at their place of residence.”

In particular, such prisoners are being actively recruited to the Wagner Group private military company in Krasnodar (Russia).

According to the Luhansk Oblast Military Administration, people who are serving sentences for serious crimes are actively urged to take part in the war against Ukraine.

Meanwhile, the oblast’s second largest indoor sports arena [the largest one was Luhansk-based Ice Palace of Sports, destroyed by the invaders] is overflowed with wounded Russians. They are currently trying to save more than 600 of their fighters there.

The Russians also have certain problems with leaders in many settlements in the temporarily occupied territories.

According to the Luhansk Oblast Military Administration, the invaders gradually lose their trust for local collaborators, so they bring officials from Russia.