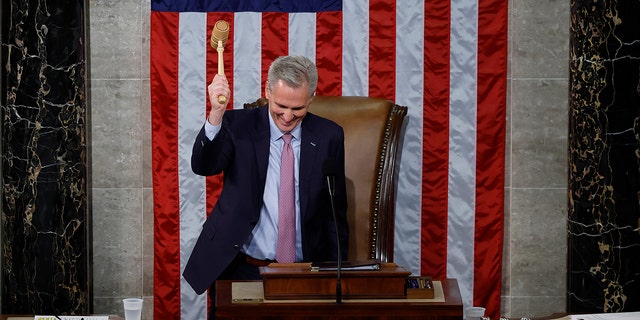 Reps. Adam Schiff, Eric Swalwell, and Ilhan Omar, who were stripped of their committee assignments by House Speaker Kevin McCarthy, have accused him of “political vengeance” in a statement Tuesday evening after he again blocked their appointments.

“It’s disappointing but not surprising that Kevin McCarthy has capitulated to the right wing of his caucus, undermining the integrity of the Congress, and harming our national security in the process,” said Schiff, D-Calif., Swalwell, D-Calif., and Omar, D-Minn., in a joint statement.

The statement is the latest exchange in an ongoing tiff between McCarthy, R-Calif., and the three Democrats after he removed them from choice committee assignments after Republicans took over the majority, and he was elected Speaker.

“He struck a corrupt bargain in his desperate, and nearly failed, attempt to win the Speakership, a bargain that required political vengeance against the three of us,” the Democrats continued in the letter.

Speaker of the House Kevin McCarthy, R-Calif., in the House Chamber at the U.S. Capitol Building on January 07, 2023, in Washington, DC.
(Chip Somodevilla/Getty Images)

“Despite these efforts, McCarthy won’t be successful. We will continue to speak out against extremism and doggedly defend our democracy,” the Democratic trio said.

After the three Democrats were unsuccessful in convincing McCarthy to reinstate their committee positions, Minority Leader Hakeem Jeffries, D-N.Y., the highest-ranking Democrat in the House of Representatives, vouched for them.

In a letter, Jeffries said the legislators were “eminently qualified” and had experience justifying a position overseeing the nation’s intelligence community. Schiff and Swalwell previously served on the House Intelligence Committee while Omar served on the Foreign Affairs Committee.

That also failed to convince McCarthy, who said in an open letter that “national security” and “integrity” matter more than “partisan loyalty.”

“I appreciate the loyalty you have to your Democrat colleagues, and I acknowledge your efforts to have two Members of Congress reinstated to the House Permanent Select Committee on Intelligence,” McCarthy wrote to Jeffries. “But I cannot put…