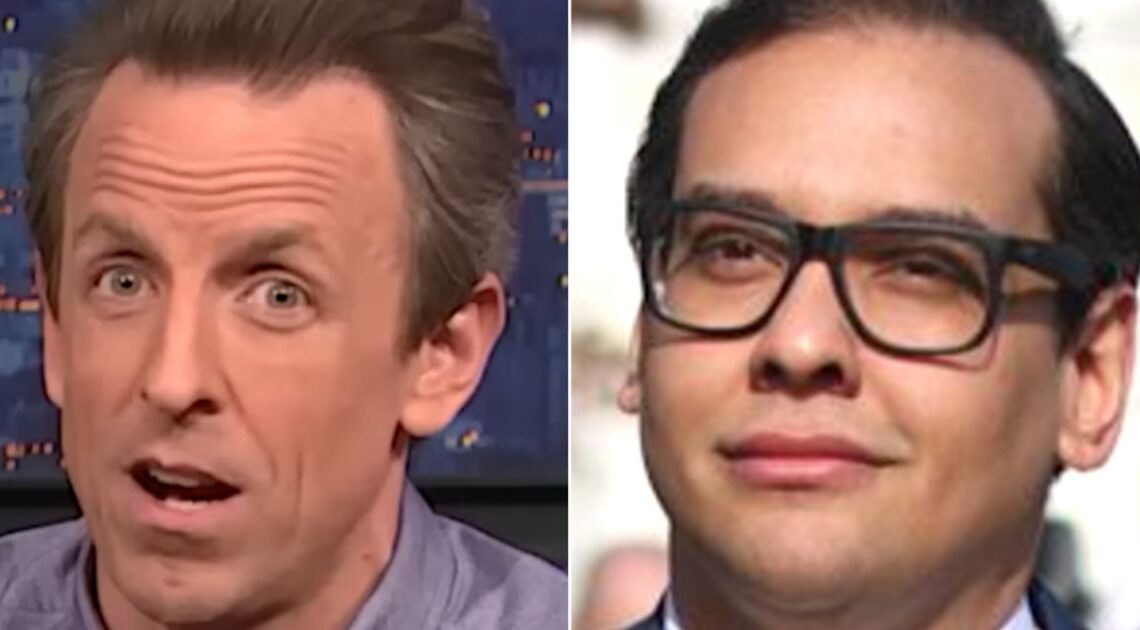 Citing a new poll, the comedian said, “60% of New York voters think Republican congressman George Santos should resign while, according to him, 180% say he shouldn’t!”

The host didn’t seem to take the revelation too seriously.

“I guess we can’t be surprised ― there’s always someone gunning for you when you’re the star of the volleyball team at Baruch College,” Meyers cracked in reference to one of the numerous falsehoods Santos has uttered.

Santos has been under pressure to vacate his seat after lying about his religion, education, work history and athletic glory. He also falsely claimed that his mother died during the Sept. 11, 2001, terror attack on the World Trade Center.