Slovakia does not plan to supply Ukraine with Leopard 2, but ready to provide T-72 instead 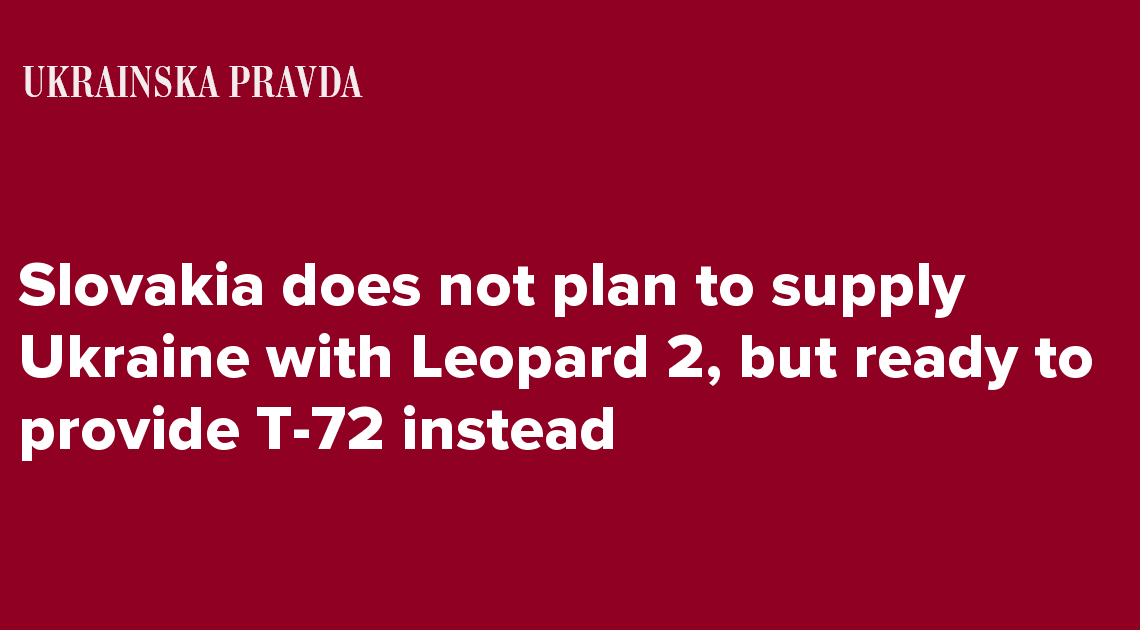 Slovakia is not considering supplying Ukraine with the Leopard 2 tanks at the moment but can provide the Soviet T-72 if allies propose their replacement.

Source: Jaroslav Naď, the Minister of Defence of Slovakia, at the briefing in during an online briefing in media centre Odesa-Ukraine on Wednesday, 25 January, reports European Pravda

“In the summer 2022, we agreed with Germany that we would be able to supply Ukraine with 30 infantry fighting vehicles in exchange for 15 Leopard tanks. In December 2022, we received only one tank. We expect to receive two more tanks in March, and we will be receiving them every month until we have them all. But there are no negotiations concerning Slovakia supplying Ukraine with the Leopard tanks,” Nad’ reported.

At the same time, Nad’ reminded the public that Slovakia has 30 Soviet T-72 tanks in service. “We are ready to supply Ukraine with them even tomorrow, (if) we receive the necessary support from the Western countries”, the minister added.

Nad’ also confirmed at the briefing that Slovakia is ready to discuss supplying Ukraine with its MiG-29 fighters.