Slovakia ready to discuss transfer of MiG-29s to Ukraine 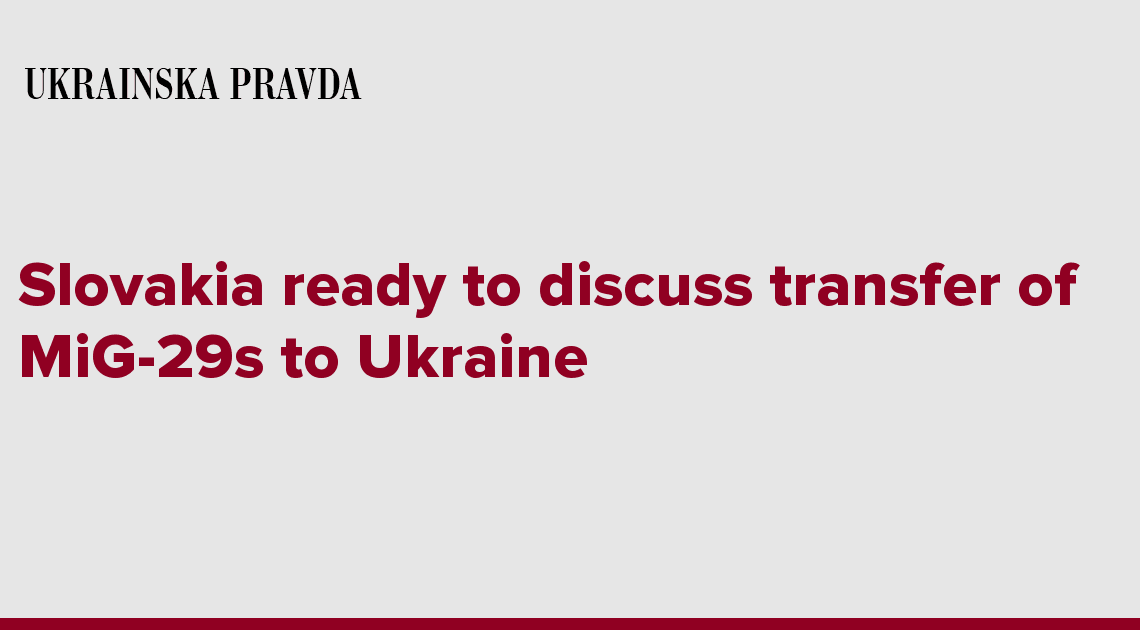 Slovakia is ready to discuss the transfer of its MiG-29 fighters to Ukraine.

Details: “The aircraft are currently at one of Slovakia’s bases, and at the moment we are ready to discuss the transfer of these aircraft to Ukraine. We are waiting for a decision from the Slovak government,” said the Slovak Defence Minister.

“We are currently discussing it; we would like to transfer them [aircraft – ed.] precisely to Ukraine,” Naď emphasised.