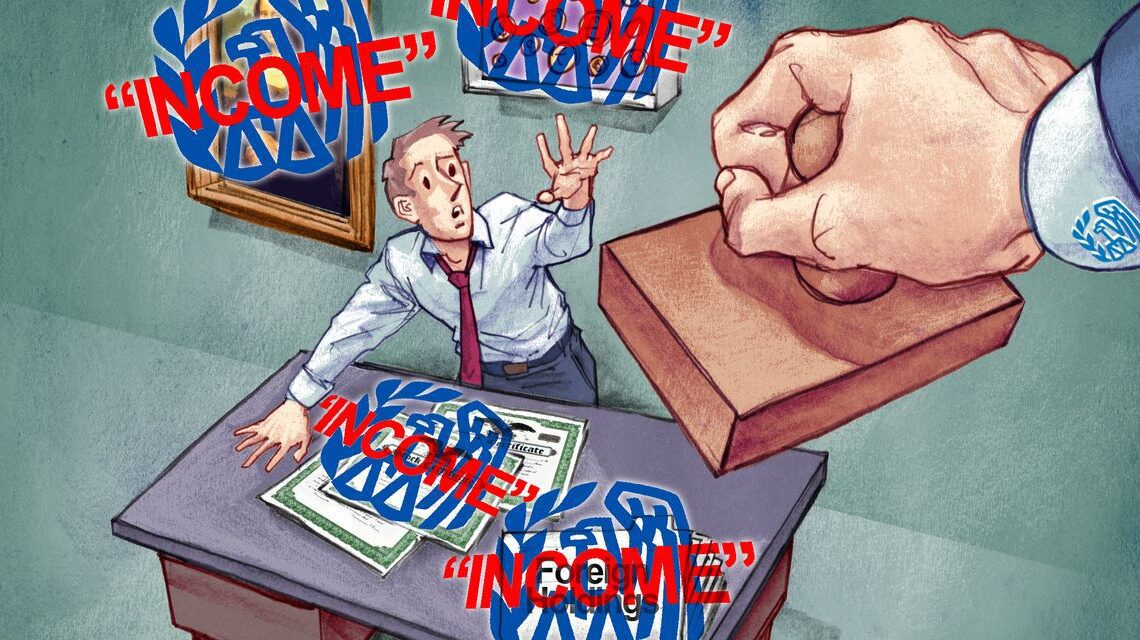 The 16th Amendment authorizes the federal government only to tax income, but some members of Congress would love to tax wealth as well. That is widely understood to be unconstitutional, but a recent ruling from the Ninth U.S. Circuit Court of Appeals upholding a form of wealth tax could upend that conventional wisdom if it is allowed to stand.

The case, Moore v. U.S., involves a unique provision of the 2017 Tax Cuts and Jobs Act, which imposed a one-time retroactive tax applicable to individual U.S. shareholders of foreign corporations. Under previous law, U.S. taxpayers had to pay taxes on overseas corporate income when that income was repatriated to the U.S. in the form of dividends. The 2017 act abolished the tax on overseas income, bringing the U.S. tax system into line with those of most other developed countries. But it also created a “mandatory repatriation tax” on the corporation’s undistributed income since 1986, payable not by the corporation but its shareholders.

The result was that without selling their stock or receiving a dividend, U.S. investors were deemed to have received “income” and suddenly became liable for the new tax.

The plaintiffs are a couple, Charles and

who purchased 11% of a small foreign corporation in 2005. The Moores were passive investors, never participating in management of the corporation. The corporation never paid dividends. More than a decade after their investment, they suddenly became liable for a hefty tax bill under the new law, which applied to any shareholder with an interest of more than 10%.

The Ninth Circuit’s three-judge panel ruled that it didn’t matter that the Moores never received any money from their investment. A dividend, stock sale or other realization event wasn’t necessary, the court said, because there is “no set definition of income under the Sixteenth Amendment.” That is a remarkable concept: The operative word in a key provision of the Constitution has no fixed meaning. The ruling upends a bedrock principle of taxation, which is that to create taxable income, there must be a transaction, or “realization.” That’s what distinguishes an income tax from a tax on property or wealth.

The Moores petitioned for a rehearing by an 11-judge panel of the Ninth Circuit but were denied. Four judges dissented from the denial, noting that based…