”This pain will never go away. We’ll just learn to live with it”: stories of the fallen soldiers’ wives who founded a community 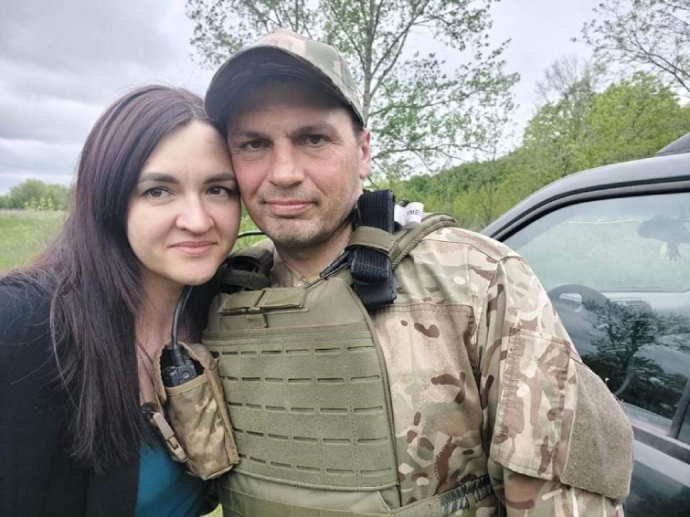 When their husbands were killed in battle, five wives founded a private community to help and support each other which they called My Razom (We Are Together). They did not know each other before, but personal grief has made them close friends who understand each other best.

Only wives of fallen heroes are added to the group, and there are now about 400 of them. There they share their stories, all of which end in the same way.

Here we tell the stories of how the wives lost their husbands in the war, and how they are supporting one another after their loss.

Alina Karnaukhova comes from Ukrainsk, 40 km from the city of Donetsk. She used to work as an economist. When the war started in 2014, she became a volunteer delivering hot meals to soldiers. This was how she met her beloved Serhii: he was serving in the 93rd Separate ‘Kholodnyi Yar’ Mechanised Brigade.

Serhii Karnaukhov was a Ukrainian powerlifting champion who competed at an international level. As soon as the “little green men” appeared in Crimea, he decided to join the Armed Forces of Ukraine. [The “little green men” were masked Russian soldiers who appeared when the war started in 2014, wearing unmarked green army uniforms and carrying modern Russian military weapons and equipment – ed.] He was rejected at first and they just made a note of his details. He was finally called up on 24 March 2014.

During their first year together, the couple saw each other a lot when Serhii was in Donetsk Oblast. But in 2016, his brigade was moved out of the sector, and the issue of a long-distance relationship arose.

Alina with her husband Serhii

“We decided that this wouldn’t be a problem. From 2016 to 2020, I used to follow Serhii around wherever he was. I’d travel to spend the weekend with him every two weeks. We’d stay in damaged frontline houses… It actually didn’t matter where – all that mattered was who I was with,” Alina recounts.

Serhii was wounded in 2019. A sniper aimed at his head, but the bullet went right through his left arm. After six months of rehabilitation, Serhii was back in the ranks. And when his contract expired in 2022, he didn’t extend it. He and Alina had got married a few months before he left the army.

“Serhii was working on his position with a machine gun until 4 am on the day of our wedding. It was in Luhansk Oblast. I came and picked him up. We got married in Ukrainsk,”…