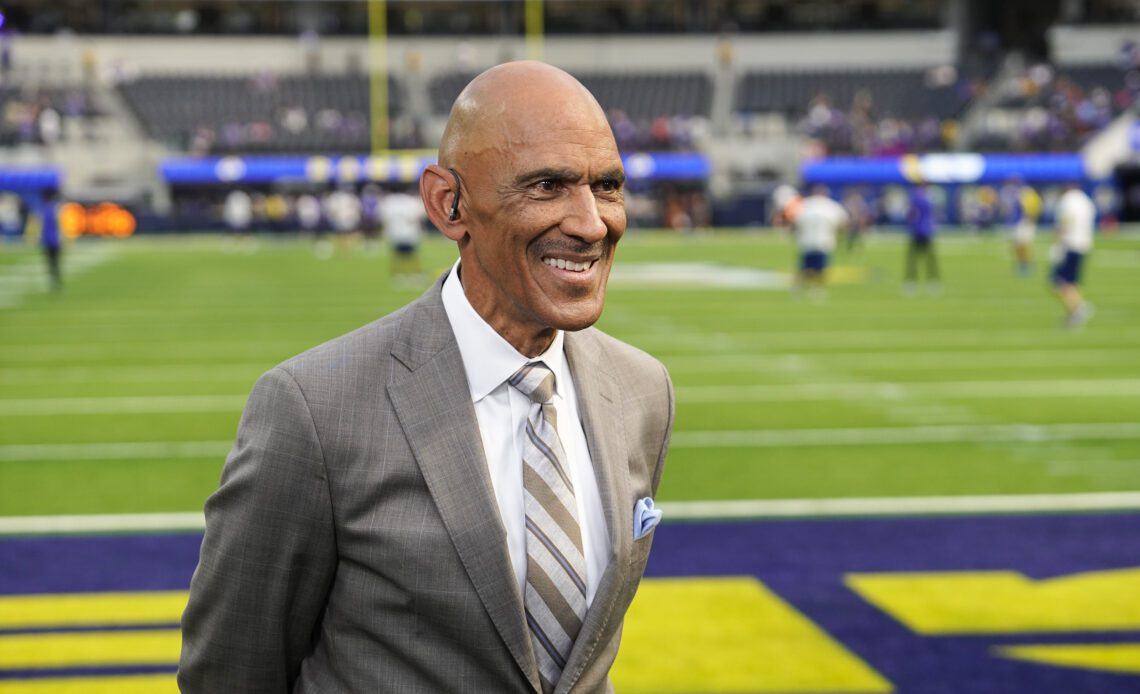 Pro Football Hall of Famer and NBC Sports analyst Tony Dungy is facing renewed criticism for his history of anti-LGBTQ statements after he tweeted an anti-transgender conspiracy theory last week.

Dungy shared a debunked myth to his nearly 950,000 followers that U.S. schools are providing litter boxes for students who identify as cats. His tweet was in response to an article regarding a Mississippi state bill that would mandate menstrual products in boys bathrooms.

“That’s nothing,” the former Indianapolis Colts head coach wrote in the since-deleted tweet. “Some school districts are putting litter boxes in the school bathrooms for students who identify as cats. Very important to address every student’s needs.”

Following widespread online criticism, Dungy apologized on Twitter later, writing: “I saw a tweet and I responded to it in the wrong way. As a Christian I should speak in love and in ways that are caring and helpful. I failed to do that and I am deeply sorry.”

Dungy’s apology did little to quell critics, who were quick to castigate the sports analyst — who was inducted into the Pro Football Hall of Fame in 2016 — for making repeated homophobic remarks over the years. (NBC Sports and NBC News are both owned by NBCUniversal.)

In an email to NBC News on Tuesday, an NBC Sports spokesperson stated: “NBC Sports does not support or condone the views expressed in the tweet and we have made that clear to Tony. Our company has long and proudly supported LGBTQ+ rights and works hard to ensure that all of our employees are seen, acknowledged, recognized and respected.”

Since Dungy’s controversial tweet, several op-eds published in prominent media outlets, including The Washington Post and The Guardian, have criticized the former NFL player and ex-Indianapolis Colts head coach, with the Post accusing him of using “religiosity as deodorant for a theme of intolerance.”

For followers of Dungy on Twitter, the cat litter tweet came as no surprise. NBC News found at least a dozen tweets from Dungy’s account, from 2012 to 2022, that are critical of same-sex marriage, homosexuality and the LGBTQ “lifestyle.”

“No one is saying God will only banish homosexuals to hell,” Dungy wrote on Twitter last June, which was LGBTQ Pride Month. “Jesus said anyone who is not born again by accepting Him as their savior will not enter the kingdom of heaven. That’s the criteria for avoiding hell.”