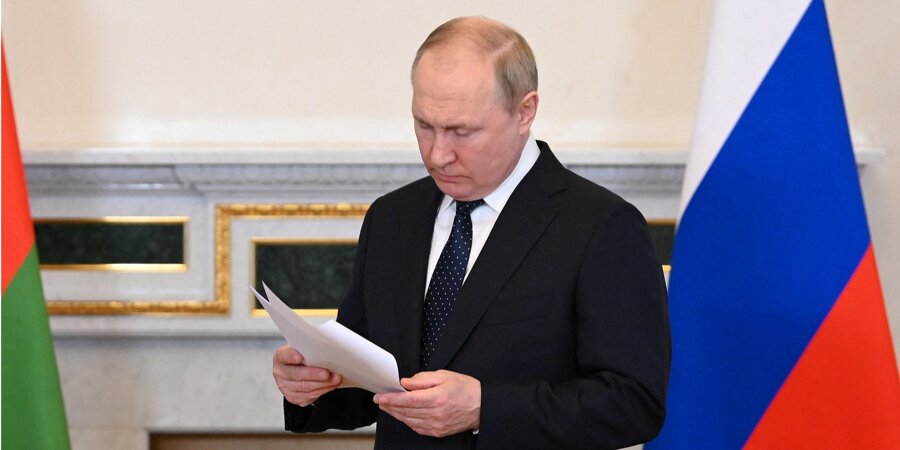 A very distorted system has formed around Putin, which informs him about the state of affairs in the country and beyond.

Although a month has already passed since publication of the well-known investigative article from The Wall Street Journal about the system of lies that has formed around the president of the Russian Federation, I still can’t get it out of my head. Despite the fact that I’ve long been familiar with the effects which led to the creation of this system, I could never have imagined that in real life things could take on such a scale and have such catastrophic consequences.

For those who are not familiar with the materials of this investigation, I will briefly ex-plain what it was about. So, as it turned out, a very crooked system has formed around Putin, which informs him about the state of affairs in the country and beyond. It reminds me of the echo chamber effect known by researchers of social networks. As you know, [social media] algorithms, recognizing the interests of the user, begin to send them information that they are most likely to like. In addition, the user independently can choose the sources from which they will receive information and the persons with whom they will maintain contacts with. When we prefer people who are similar to us, share our views and show us support, they become our environment.

As a result, the risk of ending up in a virtual echo chamber increases: we begin to receive only the information we like, and each of our posts, shares, or comments will receive approval and support from the like-minded people we surround ourselves with. As a result, even rather dubious ideas and beliefs are approved by this environment, which strengthens our conviction of their truth. So, as investigative journalists discovered, a similar system (not virtual, but real) has formed around Putin, and the picture of the world that formed in his head thanks to this system pushed him to war against Ukraine.

In Putin’s mythology, the West is the main enemy – not Ukraine

This system is sensitive to his ideas and wishes, so whatever painful or far-fetched thought enters his head, it gradually begins to receive confirmation thanks to people sending him supporting information. Putin is an all-powerful dictator and subordinates want to please him because their incomes, positions, etc. depend on him. Therefore, they provide him with the information he wants to hear…