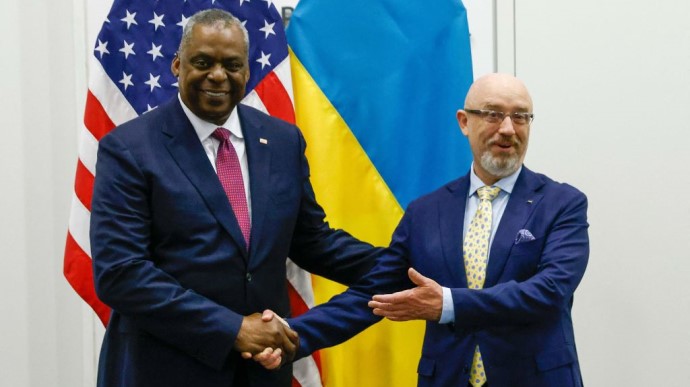 Oleksii Reznikov, Ukraine’s Defence Minister, has held a telephone conversation with Lloyd Austin, US Secretary of Defence, after which he said that he would soon announce “more good news”.

Quote: “Had a telephone call with US Defence Secretary Lloyd James Austin III. Discussed the results of Ramstein 8, further strengthening of the Ukrainian army, including tanks supplies and maintenance of the new armament. More good news to be announced soon.”

Details: What exactly it is about remains a secret.


Had a 📞 call with @SecDef Lloyd James Austin III
Discussed the results of #Ramstein 8, further strengthening of #UAarmy, including tanks supplies&maintenance of the new armament.
More good news to be announced soon.
We have full trust&strong support of 🇺🇸
Together until victory! pic.twitter.com/XaoRv1EGVn