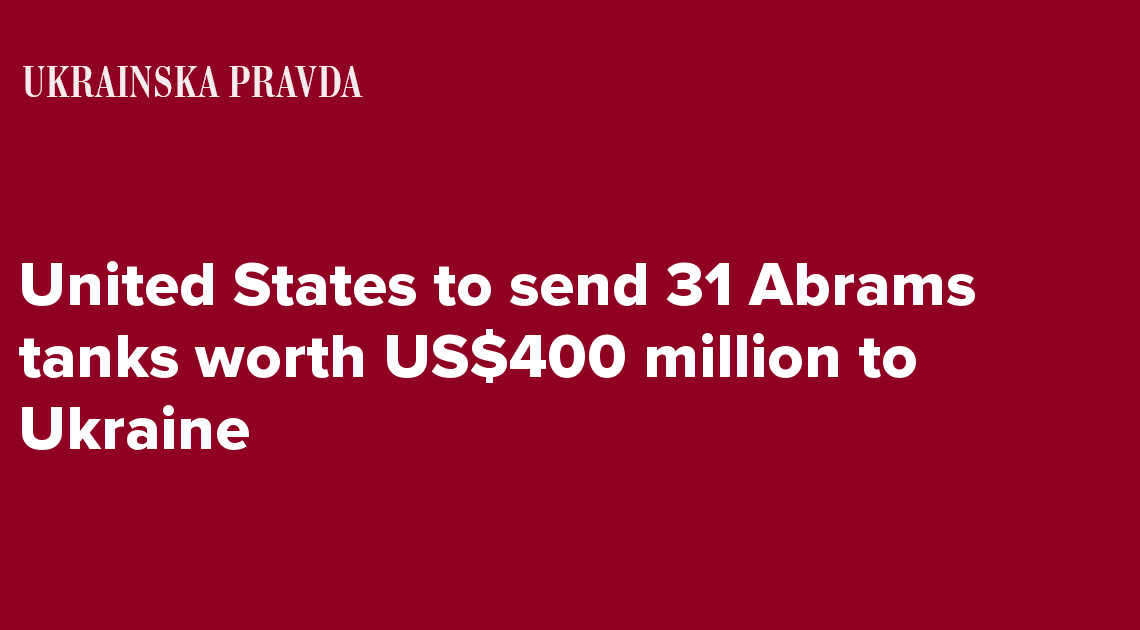 The Executive Office of the President of the United States will send 31 M1 Abrams tanks to Ukraine in a deal worth US$400 million.

Details: This information is echoed by data provided by Politico, which reported that the United States is preparing to send 30 Abrams tanks to Ukraine.

On Wednesday 25 January, Joe Biden, the President of the United States, will make an announcement in the White House at 19:00 Kyiv time, declaring a continuation of his country’s support of Ukraine.

The content of Biden’s announcement is not specified, yet it is noteworthy that his statement will take place right after Germany officially declared that they will send Leopard 2 tanks to Ukraine.

According to Spiegel, at this stage, the European allies are discussing joint transfer of 80 Leopard 2 main battle tanks to Ukraine in order to form two battalions consisting of 40 tanks each.