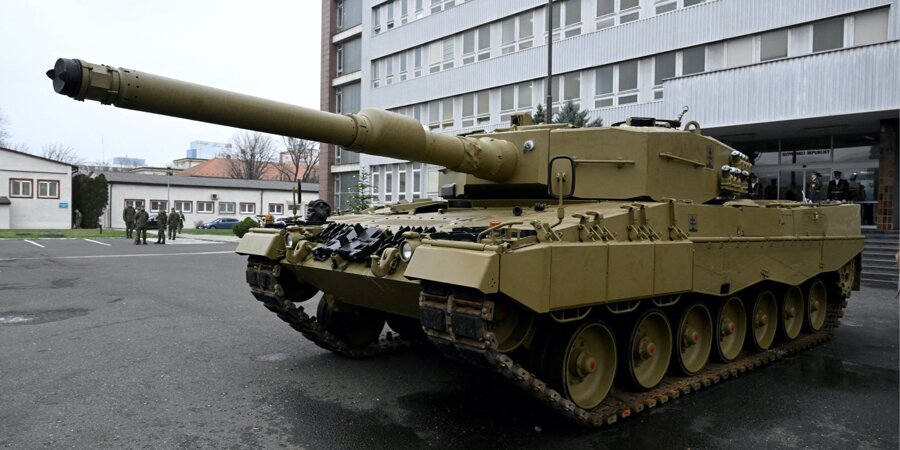 Western leaders and diplomats have praised the decision made by Germany on Jan. 24 to send Leopard 2 tanks to Ukraine.

“Alongside Challenger 2s (tanks), they will strengthen Ukraine’s defensive firepower. Together, we are accelerating our efforts to ensure Ukraine wins this war and secures a lasting peace,” Sunak said.

“The decision to send Leopards to Ukraine is a big step towards stopping Russia. Together we are stronger,” Morawiecki tweeted.

The press service of the Elysée Palace said that France welcomes Germany’s decision, which continues and increases the support that France has started with the supply of the AMX-10 RC armoured fighting vehicles.

Lithuania’s Foreign Minister Gabrielius Landsbergis reacted to Germany’s decision with a picture of the Ukrainian flag, adding “Tanke schön,” a pun on the German phrase “Danke schön,” which translates as “Thank you very much.”

Germany approved the transfer of 14 Leopard 2 tanks to Ukraine and their re-export from partner countries on Jan. 25.

Some of Ukraine’s partner states had expressed their readiness to provide Ukraine with German-made Leopard tanks but were waiting for Berlin’s permission to re-export the tanks.

Following the summit, Ukrainian Defense Minister Oleksii Reznikov said that countries have achieved “a positive breakthrough” regarding the Leopard-2 tanks. He explained that the meeting participants agreed that countries with Leopard 2s in service could begin training Ukrainian tank crews.