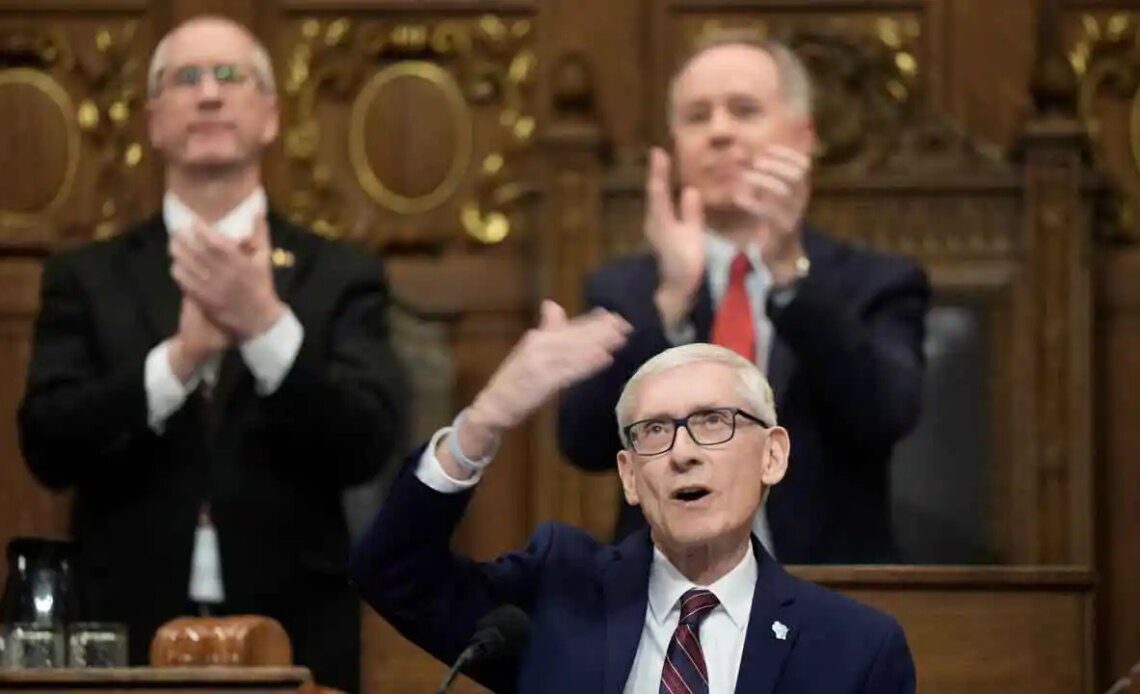 Democratic Gov. Tony Evers announced Tuesday he wants to work with Republicans to divert as much as 20% of the state’s sales tax revenue to help fund local communities, including police and emergency services, while he also promised to cut taxes for the middle class and fight a GOP effort to impose a flat income tax rate.

Evers, in his fifth State of the State speech and the first of his second term, pledged to compromise with Republicans who control the Wisconsin Legislature in order to increase funding for schools and local governments. All of the spending proposals Evers announced, which totaled more than $1 billion, will be in competition for a state budget surplus that is projected to be near $7 billion.

Republicans discounted much of what Evers proposed as being too expensive.

“All of Governor Evers’ ideas will probably be tossed aside like we always do, and we’ll start over,” Republican Assembly Speaker Robin Vos said. “If he has creative ideas he should probably reach out and talk to us about it.”

The Legislature will spend the next five months dissecting Evers’ proposals before passing their own version of the state budget. Evers releases his full spending plan in three weeks, but he highlighted priority areas in his State of the State speech delivered at a joint meeting of the Senate and Assembly.

“Let’s find common ground,” Evers said in announcing his willingness to get behind diverting sales tax revenue for counties, cities, towns and villages. It marked the first time Evers had publicly gotten behind the idea that Republican legislative leaders have been talking about publicly for weeks.

Evers said changing how local governments are funded by tying so-called shared revenue to sales tax revenue will ensure payments increase after decades of little growth or cuts. Evers said his plan would direct more than $500 million per year to local governments.

Evers previously called for a 4% increase in shared revenue funding for each of the next two years, a total of about $91 million. Evers appeared to be supportive of a plan Republican legislative leaders have discussed that would use 1 percentage point, or 20%, of the state’s 5% sales tax for shared revenue.

“The bottom line for me has always been making sure our communities have the resources they need to meet basic and unique needs alike,” Evers said. “But there are a lot of different ways we can…