Will Canada give Ukraine tanks? Trudeau says no details yet as Germany OKs exports – National

Prime Minister Justin Trudeau did not commit to supplying Ukraine with any of the Canadian military’s Leopard battle tanks on Wednesday, despite Germany approving their exports from allied nations.

Facing calls from Ukraine, Chancellor Olaf Scholz announced on Wednesday that Berlin would not only give allied nations the green light to send the German-made tanks, but would also send 14 of its own Leopard 2 battle tanks to Kyiv.

The Canadian Forces have roughly 112 Leopard 2s in several configurations, and the tanks were acquired from Germany in 2007 during the height of the war in Afghanistan

Allied nations like Poland and Finland have said they will send Leopard 2 tanks to Ukraine, but Trudeau, who has yet to take a definitive position on the issue, continued to take that stance when asked by reporters in Hamilton.

“Canada has stepped up significantly and without hesitation to support the Ukrainian people and Ukraine itself in its defence of the sovereignty of its territorial integrity, of the principles and values that underpin all of our democracies against Russia’s illegal and horrific invasion,” he said.

“We will continue to be there to give whatever support we can to Ukraine. I won’t be making an announcement today, but I can tell you we are looking very, very closely at what more we can do to support Ukraine.” 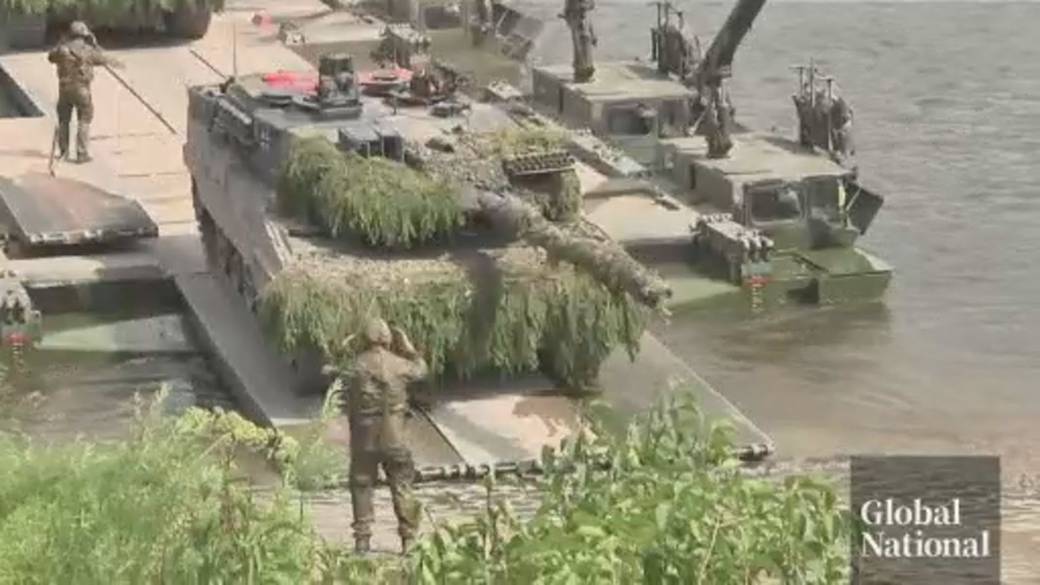 Ukrainian President Volodymyr Zelenskyy said on Wednesday he was “sincerely grateful” to Germany and Scholz for Berlin’s “important and timely” decision to provide Kyiv with battle tanks. The Globe and Mail reported last week that Ukraine intends to ask Canada for some of its Leopard 2 main battle tanks if Germany approves the re-export of the weaponry.