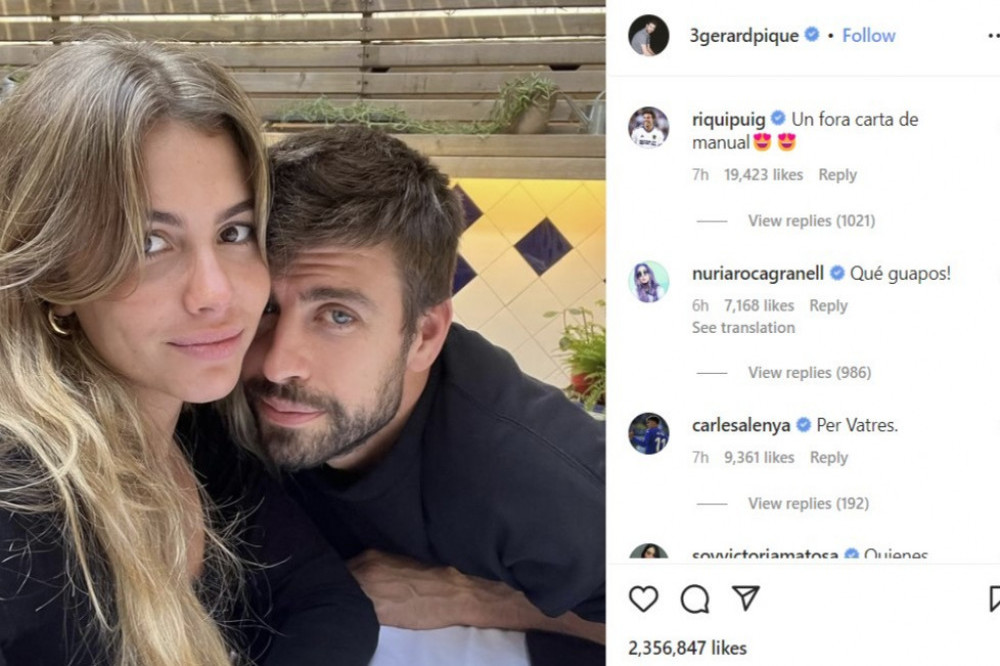 Gerard Pique has appeared to confirm his relationship with Clara Chia Marti.

The former professional footballer, 35, has gone Instagram official with the 23-year-old PR student as he shared a picture of the pair cosying up together.

Ex-Barcelona star Gerard didn’t add a caption to his image.

Shakira and Gerard – who have sons Milan, 10, and Sasha, seven, together – confirmed in June that they had split after 11 years together.

The pair said in a joint statement at the time: “We regret to confirm that we are separating.

“We ask for privacy at this moment for the well-being of our children, who are our maximum priority. Thank you in advance for your understanding and respect.”

Earlier this month, Shakira defended her latest song, after some claimed it was a “diss track” targeting Gerard, but she insisted the ‘Shakira: Bzrp Music Sessions, Vol 53’ tune was for “women who rise up against those who make us feel insignificant”.

She said on Instagram about the song, which has reached the top of Spotify’s Top 50 Global chart: “I never thought what for me was a catharsis and a release would go straight to number one in the world.

“I want to embrace the millions of women who rise up against those who make us feel insignificant.

“Women who defend what they feel and think and raise their hand when they don’t agree – they are my inspiration.”

Shakira also sings: “A lot of gyms. But work your brain a little bit too”.

And in another section, she sings the lines: “You left me the mother-in-law as a neighbour. With the press at my door and a debt with the taxman.”

Shakira said last year she felt “violated” by the Spanish tax authorities accusing her of a £12 million fraud.

The singer and her legal team hit out in statements ahead of a trial still to go ahead that could see her sentenced to eight years in jail if found guilty.

She said: “It is unacceptable that in its accusation the tax authorities are not respecting the legal certainty that must be guaranteed to any taxpayer, not my fundamental rights.

“As well as that they are trying to damage a reputation earned with the work of many years… in my case they have violated my right to privacy and the presumption of innocence, basic rights…