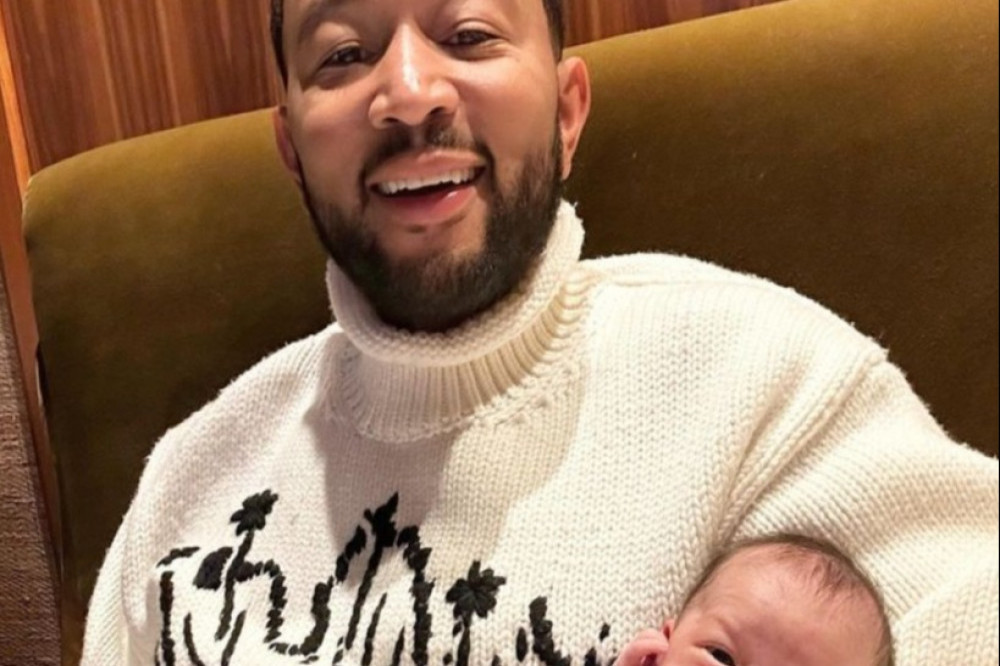 John Legend was beaming in the photo

The 44-year-old singer – who has children Luna, six, and Miles, four, with wife Chrissy Teigen – shared a beaming photo as he cradled his daughter just days after welcoming her into the world.

Taking to Instagram with the adorable snap, he shared a love heart emoji and simply wrote: “Our new love.”

His post came days after Chrissy shared the first public picture of their bundle of joy’s face with a close-up shot of Esti.

She added: “Look at u out here lookin like a baby. (sic)”

John revealed the news on January 13 at a private concert later in the day, as he told attendees that they welcomed “the little baby this morning”.

He added: “What a blessed day,” and said that while he “didn’t get a lot of sleep” he “felt energised”.

In 2020, John and Chrissy lost their third child Jack, when Chrissy was 20 weeks pregnant, due to partial placenta abruption.

Speaking previously about getting pregnant again after their loss, Chrissy said: “Since we did IVF, we knew probably nine days after we did the transfer that it had worked and we were pregnant. I told [the children] very, very early.”

“They knew that I was going in for the transfer, that we were going to go in and put this egg inside Mommy’s belly. So they knew from the very, very beginning, and they knew there was a chance it might not work because that’s happened before.

“They’ve been excited for a long time. I feel like this is going to be the longest pregnancy to them because they’ve known since the day. But they’ve been really very excited.”

And, John added: “We’re all excited and, you know, my kids are old enough to really be aware of what’s happening, so they’re really anticipating having a new sibling in their lives. And I think they’ll be good at being a big sister and big brother.”