Russia launches over 30 missiles on Ukraine, explosion rings out in Kyiv 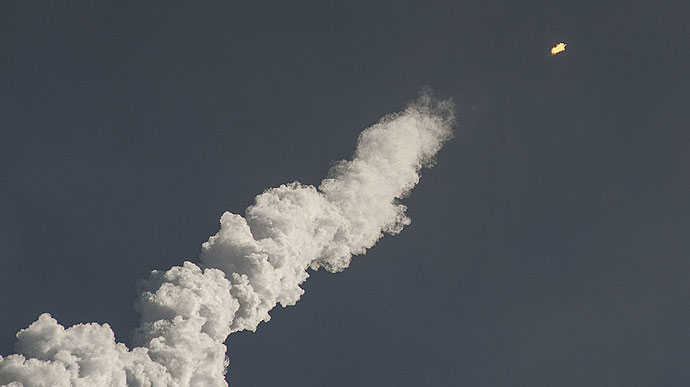 Air Defence Forces are operating in Ukraine because of a Russian missile attack throughout the morning of 26 January. According to the Air Force of Ukraine, the occupiers have launched more than 30 missiles on Ukraine. Explosions rang out in the city of Kyiv and in Vinnytsia Oblast.

Quote from Ihnat: “About six Tu-95 bombers took off and launched missiles presumably from Murmansk Oblast (Russia). We expect approximately 30 missiles that have already started appearing in various oblasts. Air defence systems are operating. Yes, there were explosions in several oblasts, including Vinnytsia. Obviously, you need to stay in shelters.”

Quote from Serhii Popko, Head of Kyiv City Military Administration: “The enemy launched over 15 cruise missiles in the direction of Kyiv. Thanks to the excellent work of air defence, all air targets were shot down! However, the danger of air strikes has not passed. Stay in bomb shelters until the air-raid siren goes off.”

Details: Ihnat has said that the Russians are currently focused on the central part of Ukraine but everything can change. He has also pointed out once again that there are Kalibr cruise missile carriers in the Black Sea, so a more large-scale missile attack of the occupiers should not be ruled out as well.

Serhii Borzon, Head of Vinnytsia Oblast Military Administration, has reported that “there is an air battle” [this is how the deployment of air defence systems is called – ed.] and that the Air Force controls air space over Vinnytsia Oblast.

Serhii Borzov, Head of Vinnytsia Oblast Military Administration, has reported that Russian missiles hit the oblast. There are no casualties. All emergency services are on site.