Zelenskyy and Niinistö: Finland to contribute to tank coalition 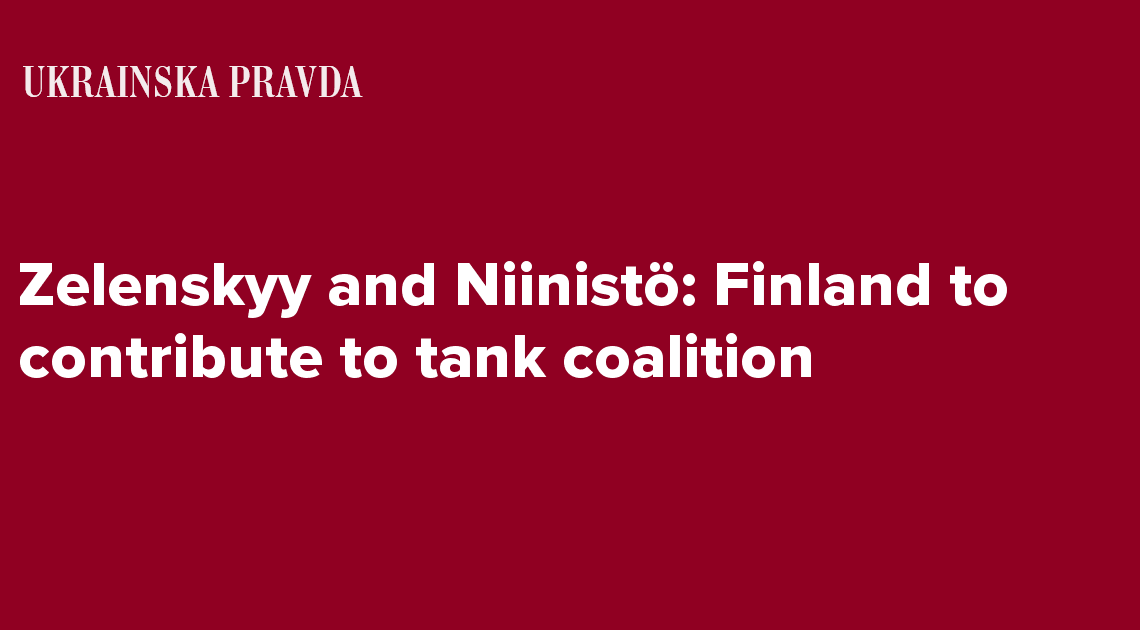 The presidents of Ukraine and Finland have announced that the Scandinavian country will contribute to the so-called tank coalition, but it has not yet been specified in what form.

Quote: “Today we talked about the creation of a separate platform to strengthen Ukraine with armoured vehicles, including tanks. I am very glad that Finland will take its proper place there,” President Zelenskyy said.

Details: Niinistö confirmed that the allies are discussing the creation of a larger platform for the transfer of tanks to Ukraine.

“Taking one tank here, one there is not enough. There must be a powerful unit in Europe. We are discussing the possibility of building such a unit and we are considering various options from the side of Finland [regarding participation in the tank coalition – ed.],” said the Finnish president.

He noted that, among other things, the training of Ukrainian soldiers is being considered.

“We are one of the few countries in Europe that has a conscription to the ranks of its armed forces. The military must train people every year, receive people, there are suitable facilities, opportunities, instructors’ extensive experience, suitable premises for this,” said Niinistö.

He added that in the frame of tanks’ transfer to Ukraine, it is necessary to take into account Finland’s significant border with Russia and the fact that Finland is not yet a member of NATO.

“The issue is that in Finland we have to be very vigilant and careful, because among the countries that have Leopards… Finland has a unique position. We are the only EU member country, but not a NATO member, that has the longest border with Russia after Ukraine. This should always be kept in mind when we think about what our role should be. But it will be constructive, and we will contribute to the creation of this [tank] unit,” added Niinistö.

Finnish President Sauli Niinistö arrived in Ukraine on a visit on Tuesday.