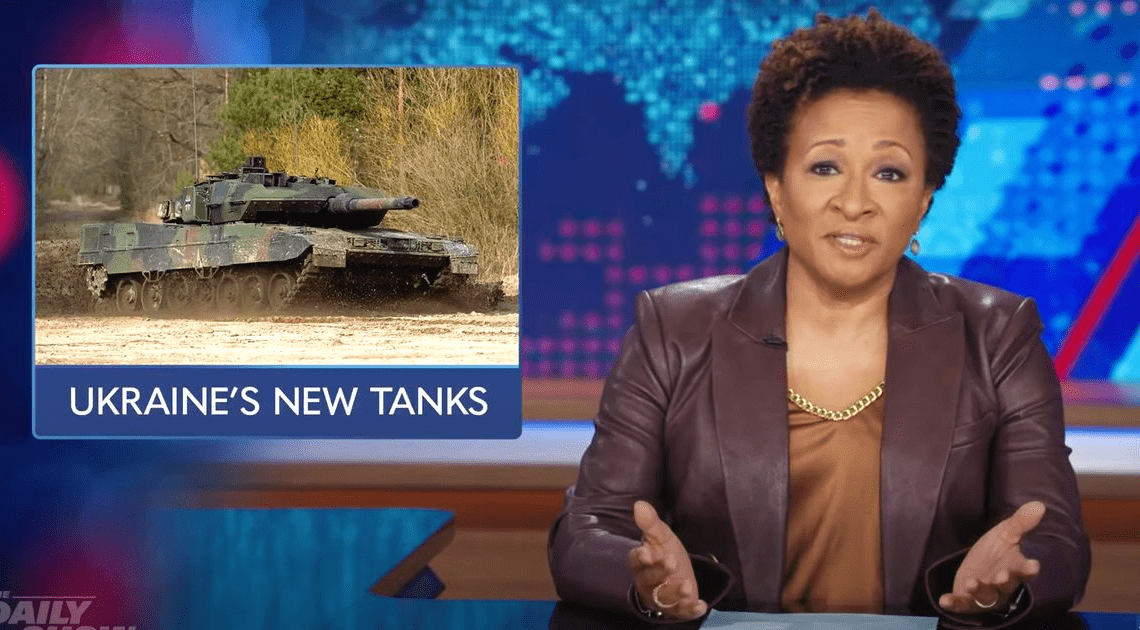 Noting it had been almost a year since Russian President Vladimir Putin ― or, in her words, the “Kremlin gremlin” ― invaded Ukraine, Sykes was aghast over news that it could take many months for U.S. tanks to arrive in Ukraine. President Joe Biden announced Wednesday that America will send 31 M1A1 Abrams tanks to support Kyiv’s defense.

“Oh, come on, U.S.,” Sykes said. “Ukraine is fighting for its life. And America’s like, ‘All right, the delivery window is from June to December. Make sure you’re home!’”

The comedian then suggested a very risky move to unite the nations.

“I think it should have been Sweden, and they send tanks to Ukraine and Russia,” she added. “OK, hear me out. Hear me out. And then, Sweden, do that thing you do when you send the tanks in parts with a diagram for assembly. That would bring the countries together because no one can assemble that shit on their own.”

Watch her roast below on “The Daily Show.”